THQ details $17 bundle including 11 new fighters, 10 vintage UFC fights, and instant access to all unlockables; Season Pass free to those who preorder from publisher's online store.

UFC Undisputed 3 was already in store for a slew of add-ons thanks to an array of preorder bonuses announced last year, but today THQ detailed still more DLC for the upcoming fighter, along with a Season Pass subscription to get it all at a discount.

Available at launch for $17 (1,360 Microsoft points), the Season Pass will include access to 11 new fighters, 10 additional Ultimate Fights, and instant access to all of the game's unlockables. The unlockables and heavyweight contender Alistair Overeem will be available at the game's February 14 launch, while March and April will each see a pack of five new fighters and a pack of five new fights introduced.

THQ also detailed some new DLC plans not covered by the Season Pass. The publisher will be offering a pair of Ultimate Fight packs at launch free of charge, as well as a Create-a-Fighter Boost Pack for $3 (240 Microsoft points). The boost pack bestows players additional points for their edited characters' attributes, which THQ has said can "save an estimated 8-10 hours of gameplay."

Those who want the Season Pass content but don't want to spend the extra money on it can get it for free by preordering UFC Undisputed 3 directly from THQ's online store. The publisher is also offering free shipping for the game. 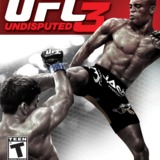