A new game based on the popular drama series is making its way to the Xbox 360, PS3, PC, and Wii on October 27; it was written and developed by the show's original writers.

Ubisoft has revealed that it is working on a game adaptation of the popular television crime drama NCIS, currently in its ninth season on the CBS network.

The game--slated for release on the Xbox 360, PlayStation 3, PC, and Wii on October 27, 2011--will feature four NCIS episodes written by the writers of the original series. Players will be able to take control of characters from the series (agents Leroy Jethro Gibbs, Ziva David, Tony DiNozzo, Timothy McGee, Abby Sciuto, and Ducky Mallard) and use their individual skill sets to solve four interconnected cases by collecting and analyzing clues, performing autopsies, and interrogating suspects. Environments featured in the game include Atlantic City and Dubai.

According to Ubisoft, a Nintendo 3DS version of the game will be released exclusively in EMEA (Europe, the Middle East, and Africa) territories.

CBS and its digital media arm, CBS Interactive, is the parent company of GameSpot. 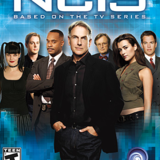