French game publisher Ubisoft today announced its financial results for its fiscal year ended March 31, 2006. Despite a slight jump in sales, the company's profits were actually down more than half.

A company statement stressed increased expenses on next-gen research and development as well as current-gen advertising as the reason for lower profits, but CEO Yves Guillemot sees the numbers as positive for the company.

"During this period of high investment, Ubisoft has continued to improve its financial position and can therefore accelerate its growth and pursue its development," said Guillemot.

According to Guillemot, Ubisoft earned almost 30 percent of its sales from its next-generation games, which includes Peter Jackson's King Kong: The Official Game of the Movie and Tom Clancy's Ghost Recon Advanced Warfighter. Ubisoft also claims to have taken in 20 percent of the market share for the Xbox 360.

For the upcoming years, Guillemot expects positive numbers due to Ubi's contribution to next-gen systems. "We forecast a sales growth of between five percent and 10 percent [for 2006-2007], despite a global market which should decrease by seven percent, thanks to the launch of five new high-potential brands... 2007-2008 will be a year of strong recovery for the sector and we should once again outperform the market, whose growth is expected to approach 17 percent for the year." 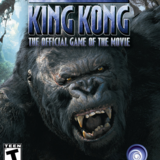