Following rumors, Midway announces "strategic relationship" with French publisher to distribute road-action game on March 24 in US and March 27 in EU.

Within hours of Midway Games filing for Chapter 11 bankruptcy protection last week, rumors began to fly that the Chicago-based company was shopping around its highest-profile 2009 release, The Wheelman. The buyer name most often mentioned was Ubisoft, with some forum posters even wondering if the road-based action game might be rebranded to be part of the French publisher's Driver series. 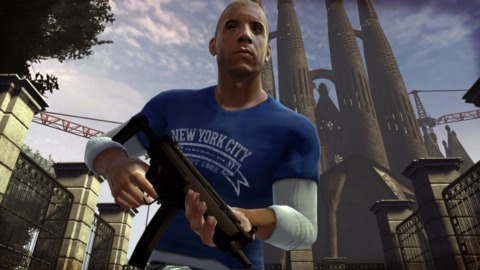 Today, Midway and Ubisoft shot down the latter speculation by officially announcing a "strategic relationship" to distribute the Wheelman. Besides handling sales and marketing duties, the French company will distribute the game in North America on its previously announced March 24 ship date. It will perform the same services in France, Germany, Austria, Ireland, and the UK on March 27, with the game arriving in South America, Australia, and New Zealand at a later date. Midway will self-market and distribute the game in other European territories.

The Wheelman will be released simultaneously on the PC, Xbox 360, and PlayStation 3, with a prerelease demo planned for the latter two platforms. The open-world driving adventure features the likeness and voice-acting talents of actor and avid gamer Vin Diesel, who performs similar duties in Atari's forthcoming The Chronicles of Riddick: Assault on Dark Athena.

In Wheelman, Diesel will play Milo Burik, an undercover agent who is sent to Barcelona and eventually finds himself involved in a power struggle between three gangs that run the city. As Burik, players will need to infiltrate each faction, taking jobs in the game's sandbox city to work their way to the top of the Catalan capital's underworld.

For more information, check out GameSpot's previous coverage of The Wheelman. 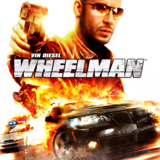