Last month, the ABC television network announced it was making an interactive game based on its hit series Lost. Though partially Web-based, the Lost Experience is more of an alternate-reality game than a proper video game. Since it started several weeks ago, it has prompted viewers to visit Web sites via fake television ads for the Hanso Foundation, the mysterious organization staging sinister experiments on the tropical island Lost is set on.

Today, Ubisoft has announced it is making a proper Lost game. The French publisher's Montreal studio is developing the project, which is set to arrive on PCs, consoles, and handhelds next year. It may also be noteworthy that Ubisoft Montreal also develops the Far Cry Instincts series, which also features a mysterious organization staging sinister experiments on a tropical island. (The original Far Cry was developed by German studio CryTek.)

The choice of Ubisoft as the Lost game's publisher also surprised many. That's because ABC is owned by Disney, which has been building up its own games unit, Buena Vista Games. Besides showing off a next-generation Turok sequel at E3 this month, BVG is developing a Sims-like game based on another top-rated ABC show, Desperate Housewives. 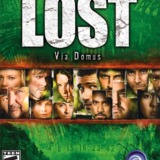