Sony's 2005 Electronic Entertainment Expo press conference was dominated by one big reveal: the PlayStation 3. To give gamers an idea of the kind of support that the PS3 would receive on launch, Sony also trotted out a slew of demos for in-development PS3 games, not the least of which were heavily hyped exclusives such as Killzone 2, Heavenly Sword, and Warhawk.

One other game to briefly surface during the torrent of demos was Ubisoft's Killing Day (seen at the 1:44:00 mark), a flashy first-person shooter that featured a swarthy, tattooed gangster eradicating unfriendlies while dual-wielding pistols. The shooter appeared to emphasize destructible environments, and one scene from the demo showed the player shooting out a glass-paned floor on which two enemies were standing, causing them to fall to their apparent demise.

After the game's notable reveal, Ubisoft went dark on Killing Day, which led many to believe that the shooter had itself been snuffed out in development. That now appears not to be the case, given that the name "Killing Day" is among a handful of recent trademark applications that Ubisoft has filed with the United States Patent and Trademark Office.

Ubisoft also filed applications for the names "Driver: The Recruit" and "C.O.P.: The Recruit." In 2006, Ubisoft picked up the Driver license from Atari, which unloaded the IP and its developer Reflections Interactive for €19 million (then $24 million, now $26 million). As part of a BBC interview in June 2008, Ubisoft revealed that Reflections was at work on a new installment in the Driver franchise, the first since 2006's lackluster Driver: Parallel Lines.

As with other applications of this ilk, all three filings carried descriptors for "game software and electronic game programs, namely, software games recorded on CD-ROM and digital video discs for computers." Ubisoft had not responded to requests for comment on the filings as of press time.

Conveniently enough, the filings come as the industry gears up for the 2009 Electronic Entertainment Expo, which runs June 1-4 in Los Angeles. Ubisoft is expected to deliver its E3 press conference at 5 p.m. on Monday, June 1, and GameSpot will be on hand to report on news from the event as it happens. 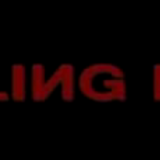