Ubisoft Brings Classic Board Game Risk To Xbox One And PS4

"Next generation of strategy game entertainment" available now on Xbox One and PlayStation 4 for $15.

Assassin's Creed publisher Ubisoft today released a console version of classic board game Risk for Xbox One and PlayStation 4, calling it the "next generation of strategy game entertainment."

Based on the board game, the video game version from Ubisoft is available now and sells for $15. It's coming to Xbox 360 and PlayStation 3 later this year.

Ubisoft says its new Risk console game "provides a modern twist" on the classic wartime strategy game, while also pushing things forward with 3D battlefields, configurable win conditions, and even legacy rule variants. Up to four people can play at once.

A franchise-first, Ubisoft's Risk game introduces "Iris," an artificial intelligence "whose mission is to give tactical guidance" through tutorials and feedback. The game also supports online and league play.

What's Ubisoft doing making a Risk game? It's part of the French publisher's arrangement with Hasbro that covers a series of games, including the recently released Tetris title.

For more on Ubisoft's Risk, check out the image gallery below. 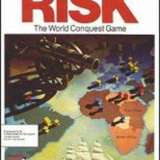