The next expansion for Two Point Hospital on PC, due soon, will encourage players to grow their own produce and live off the land.

The next expansion for Two Point Hospital, Off The Grid, will be available for PC via Steam on March 18 (UPDATE: it's been delayed until March 25). It will add 35 new diseases and three new areas to explore and build up hospitals within, and it'll encourage players to devise hospitals where patients can live off the land.

The DLC is based on Two Point County mayor Tabitha Windsock's ecological ambitions, and players will be able to grow produce, churn butter, and eventually harness green energy to power their hospital in Windsock City. It looks like a unique twist on the standard Two Point Hospital gameplay.

The DLC will sell on Steam for $9, with a 10% pre-purchase discount currently active until April 1. A trailer is below.

Two Point Hospital recently released for Switch, PS4, and Xbox One, and the base game came with the first two expansions, Bigfoot and Pebberley Island. There's no release date set for the console versions of the Close Encounters or Off the Grid DLC packs. 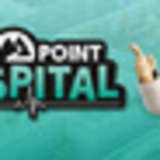