The backwards compatibility catalog is closing in on 400 games.

The Xbox One's backwards compatibility library grows today with two additional titles. As announced by Microsoft's Major Nelson on Twitter, today's additions to the growing catalog of Xbox 360 titles that play on Xbox One include Earth Defense Force: Insect Armageddon and F1 2014.

If you already own either of these, they should show up automatically in your Xbox One game library. If not, you can buy them through your Xbox One or via the Xbox Store links below.

In other backwards compatibility news, Microsoft announced at E3 that Original Xbox games are coming to the catalog later this year. However, the lineup of titles may not be as extensive.

There are more than 385 Xbox 360 games in the Xbox One backwards compatibility catalog--you can see them all here. 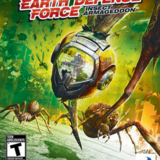