Set off some fireworks in Boom Boom Rocket.

Syberia and Boom Boom Rocket are the newest additions to the backward-compatible list. You can now purchase either game to play on Xbox One, or if you already own them, they should show up in the Ready to Download list of the My Games and Apps area. If you have a physical copy of Syberia, it'll be playable following an update that will download after popping in your disc.

Boom Boom Rocket is a rhythm game released for Xbox Live Arcade way back in 2007. It was developed by the now-defunct Bizarre Creations, the studio responsible for Project Gotham Racing and Geometry Wars. Syberia is an acclaimed adventure game from Microids that first debuted on PC in 2002.

Each game costs $10 on the Xbox Store. You can grab them through the links below.

Xbox One's backward-compatibility support saw a major addition recently when support for Red Dead Redemption was introduced. You can check out a full list of every backward-compatible game on Xbox One here. 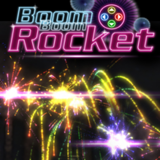