Twitter Quotes Are News, Despite What Devs May Say

Last week, Minecraft creator Markus "Notch" Persson dispatched a wave of tweets spitting venom at Electronic Arts, condemning the company as a "bunch of cynical bastards" and a firm that is "methodically destroying" the video game industry. You've probably heard this, because many news outlets reported this news, much to Notch's chagrin. 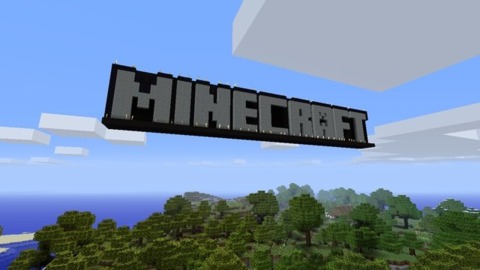 "Twitter quotes are NOT NEWS [capitalization in original]," Notch later announced on Twitter. "You're better than that, and you make me feel dirty."

If Notch had his way, these messages would have remained private to him and his 685,319 or so followers. It's particularly surprising coming from a man who understands full well how the Internet works and how powerful a tool Twitter can be.

Twitter is an extremely public portal. It represents a direct line of communication between public figures and the individuals who follow them. (Where else can you learn what Hideo Kojima is eating for dinner tonight?!) I don't care that Notch is calling out the gaming press for doing what I believe to be its job (if you're doing your job well, someone will be angry, after all). What I take greater issue with is Notch's belief that Twitter quotes do not represent fair game for news. If every news writer followed this line of logic, gamers would be less informed. Here are some examples:

First word on THQ's major layoffs? That came from the Twitter feed of Kevin Dent. The release date for Tony Hawk Pro Skater HD? It was revealed by Tony Hawk himself on Twitter. Big-name projects Fable III, Little Big Planet 2, and Modern Warfare 2? All revealed first by a Twitter quote. And when Minecraft finally went gold, after many months of an ongoing beta, Notch did not elect to initially push the news on his blog or on the game's website. Rather, he announced the news in a tweet that simply said, "So, yes, Minecraft has gone gold."

Perhaps these stories would have come to light without the help of Twitter, but the celerity with which information can be discovered, analyzed, and written about via the advent of Twitter is incredible. And it's a good thing for gamers seeking to know as much as possible about the industry they so dearly admire.

Notch is not alone in his ironic disdain for Twitter as a news source. Also last week, Electronic Arts global product manager Kevin O'Leary took a shot at the then-just-announced Call of Duty: Black Ops II.

"Poor [Black Ops II], you look tired, you should take a year off and rest," he wrote.

Again, we wrote a story on this because we determined readers would want to know that EA was apparently returning to the mudslinging strategy it used in advance of Battlefield 3's launch. O'Leary is a high-ranking employee at EA. He is the global product manager, after all. When he talks, people listen. I am fine with an EA representative jabbing at Activision; the back and forth is intriguing. And O'Leary has every right to poke fun at his biggest competitor. Where O'Leary lost me, though, was when he acted surprised that his words on Twitter could become headlines.

"In case any other news outlets are following me, I'd like to be quoted on things like cars, snowboarding, GoPros, haikus & extreme sleeping," he wrote. This was followed by, "Who would like to know my official stance of Tickle Me Elmo? 1000 followers and I'll tell you. #superdupercereal."

"Notch is fine with utilizing Twitter as a public forum so long as the gaming press covers the tweets that shine the brightest possible light on himself and his endeavors."

It surprises me to learn that someone in such an important role at one of the world's biggest publishers does not seem to comprehend how Twitter works. Of course, O'Leary's Twitter feed is a mixture of personal updates and business entries (as is mine, as is yours), but when he talks about games, he is an expert likely in the process of advancing his employer's interests, and to pass on covering his words when appropriate would be doing a disservice to interested readers.

One of the reasons I enjoy my job as a news editor here at GameSpot so much is that every day is a new challenge. Every day is an opportunity to bring news to readers, to inform them about the medium they love. This is what inspires me. And so it pains me for Notch, O'Leary, and others to view Twitter as something less than what it is. Twitter is a powerful platform. It lets users like Notch, who have hundreds of thousands of followers, spread a message quickly and advance their objectives with great effect. But it can also feel deceptively intimate.

Notch is fine with using Twitter as a public forum so long as the gaming press covers the tweets that shine the brightest possible light on himself and his endeavors. But to pretend Twitter is all of a sudden off limits when a tweet not intended to be news becomes news? That smacks of hypocrisy. Notch has made clear that he and his studio Mojang are no longer indie, but the onetime indie darling is sounding a lot like O'Leary and EA, the company he claims is bringing the industry itself to the ground.