Nearly a year ago to the day, Microsoft reinvented Xbox Live with a complete visual overhaul and introduction of a bevy of new services, headlined by Netflix on-demand video streaming. Today, the publisher rolled out this year's Xbox Live fall update, bringing with it the much-hyped introduction of social networking Web sites Facebook and Twitter, as well as Zune HD video support and Internet radio service Last.fm (which is owned by GameSpot parent company CBS Interactive).

The Twitter and Facebook tabs can be found in the My Community channel on the Xbox Live's dashboard. Twitter integration will allow gamers to post tweets through Xbox Live, but outside of actual games. With the Facebook add-on, Xbox Live gamers can sync their gamertags with their social-networking accounts, as well as share photos and in-game screenshots. Friend updates will also be viewable through the Xbox Live dashboard.

The Xbox 360's Last.fm application can be found in the Music Channel menu. As detailed in GameSpot's recent interview with Xbox Live and Last.fm executives, the service brings the streaming Internet radio service to Microsoft's console. Xbox 360 owners will also gain access to the service's community aspects, such as tailored listening habits, artist information, and the Visual Radio slide show that compiles fan-submitted photos.

Finally, Zune-branded video functionality will allow Xbox Live users to buy or rent instantly streaming HD video in 1080p and 5.1 surround sound. It is available through the Video Channel.

Beyond the fall update, Microsoft has its regularly scheduled Xbox Live Arcade and Games on Demand updates on tap this week. Coming to XBLA on Wednesday, Square Enix's Gyromancer is a puzzle-based role-playing game not unlike Vicious Cycle's acclaimed Puzzle Quest and is available for MSP1,200 ($15). The classic time-management game Diner Dash also heads to Microsoft's online arcade on Wednesday and can be purchased for MSP800 ($10).

Codemasters' street racer Grid is now available through the Games on Demand channel for $29.99. The third installment in Codemasters' TOCA series, Grid received high critical marks upon its debut in June 2008. 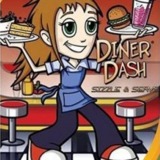