Konami to offer gamers in Japan two ways to buy Metal Gear; as a stand-alone game or bundled with a limited-edition Cube.

TOKYO--It's not as if Japanese gamers will need much of an incentive this March when Metal Gear: The Twin Snakes is released, but Konami is taking no chances. Today, the company said it would release the title in a limited-edition bundle, which will see the game paired with a silver Game Cube (with a Fox-Hound logo on its top). A matching controller is included in the package. In addition, the package will come with a disc that contains special visuals of the game and a GameCube port of the Famicom edition of Metal Gear. A collector’s booklet will also be included. 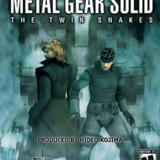