The turn-based RPG based on the popular anime will hit Nintendo Switch, PC, and PlayStation 4 in July.

During the New Game+ Expo livestream earlier this week, publisher Koei Tecmo shared a new trailer for Fairy Tail that also confirmed it will hit Nintendo Switch, PC, and PlayStation 4 on July 31.

In addition to the release date, the trailer showed off what players can expect when Fairy Tail arrives next month. The game--which includes "popular fan-favorite episodes [and] original in-game episodes"--will feature several Fairy Tail arcs, 16 playable characters, turn-based battles reminiscent of Persona 5 and Tokyo Mirage Sessions #FE, the ability to build your own team and customize their looks, and more. You can check out the trailer below.

Fairy Tail was originally due out on June 25 but was pushed back to the end of July because of the ongoing coronavirus pandemic. Late last year, we were able to check out 16 minutes of gameplay, which included a look at Fairy Tail's combat, exploration, and story. 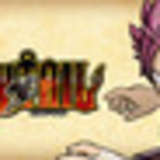