A trailer with the new info was shown during the Future Games Show stream.

Turbo Golf Racing by dev Hugecalf Studios sounds exactly like what the game's title implies: eight players race around in cars and slam into golf balls. Think Rocket League, but more golf-themed. It will be available on PC and Xbox Series X|S, with Steam Early Access coming on August 4.

Turbo Golf Racing's Beta 2 is currently available, however, if you're eager to try out the game now. It's free-to-download on the game's Steam page. Beta 2 will run through the end of Steam Next Fest, on June 20.

At the end of the trailer, it's shown that Turbo Golf Racing will also be coming to Game Pass at some point. It's unknown currently if it will arrive on Game Pass as the same date as the Early Access release.

Part of the gameplay includes equipping your racing cars with power cores--items that can can give the vehicle unique abilities like Ground Stomp and Gravitate Ball and Roll. Power cores offers boosts like moving faster and hitting harder.

Hugecalf Studios also highlighted the variety of vehicle customization options in-game, as well as diverse terrains in the racing arenas. The devs also plan to support the game with regular free updates, like new power cores and cosmetics. 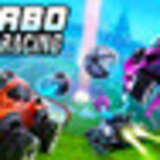