Activision today announced the list of real-life Hollywood actors who will voice digital New York characters in its upcoming game True Crime: New York City. The game, developed by Luxoflux, is the sequel to Activision's Left Coast drama, True Crime: Streets of LA, and heads to the streets next month on the Xbox, GameCube, and PlayStation 2.

Up-and-coming actor Avery Waddell gets top billing as the game's main character, Marcus Reed. In the game, Marcus, a former gang member who joins the NYPD, sets out to find out who murdered his mentor, Detective Terrence Higgins. Waddell has been featured in several television shows and movies, including Road Trip and Boston Public.

Christopher Walken (Gigli, The Deer Hunter) will play FBI agent Gabriel Whitting. Walken brings his skills to the series for a second time, after going around the block of Streets of LA as the voice of George.

Laurence Fishburne will voice Isaiah Reed, Marcus's father and NYC's drug kingpin. Fishburne, whose career has included playing a green soldier in Apocalypse Now, Cowboy Curtis in Pee-Wee's Playhouse, and Ike Turner in What's Love Got to Do with It, has experience in gaming, thanks to his role as Morpheus in Enter the Matrix, The Matrix Online, and the upcoming The Matrix: Path of Neo.

True Crime: New York City is rated M for Mature and will retail for $49.99. For more information, check out GameSpot's recent first look at the game. 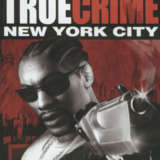