Triangle Strategy Easy XP Guide: How To Level Up All Units Fast

Here's how to keep all of your units leveled up throughout Triangle Strategy.

Triangle Strategy is the latest HD-2D game from Square Enix. While it's a quasi-follow-up to Octopath Traveler, Triangle Strategy is a tactical RPG, following in the footsteps of Final Fantasy Tactics and Fire Emblem. With a massive roster and plenty of challenging encounters, you will want to level your units to the max whenever possible. Here is how to grind XP in Triangle Strategy.

Mock Battles are an endless source of XP

The best way to grind XP in Triangle Strategy is to participate in what the game refers to as Mental Mock Battles. These can be found by speaking with the bartender at your encampment. These battles are unrelated to the story and exist to let you practice taking on certain types of situations and enemies. The benefit here is that while these battles don't really happen in the context of the story, any XP and items gained are real. These battles can also be repeated endlessly, so you can grind out as much XP as you want. New battles appear as you progress through the story and each battle has a recommended level.

The way XP is doled out in Triangle Strategy is a bit odd, but once you understand it you can use these Mock Battles to your advantage. If a unit is underleveled compared to either the enemies it's facing or the recommended mission level, the amount of XP it gains will be boosted. If the unit is overleveled for the scenario, it will receive a reduced amount. Same-level units means the default amount of XP will be earned.

It takes 100 XP for a unit to level up. Underleveled units will earn anywhere from 40 XP to 75 XP, depending on how far underleveled they are. Same-level units will usually get about 10 to 15 XP and overleveled means about 5 XP. XP is given for attacking an enemy, using an item, or using an ability. This means that when trying to level up your units, constantly use their abilities if you can. Have healers heal units with full HP and have support units use unnecessary buffs. Every action with the exception of moving awards XP, so always have your units doing something.

There is no permadeath in Triangle Strategy and it doesn't matter how many units die as long as you win the mock battle. Because of this, the best way to get your lower leveled units up to par is to jump into the highest level Mock Battle you can with them. You will quickly have more units than can be deployed in any one battle in Triangle Strategy, so you will need to grind at some point to keep the whole roster ready for combat. 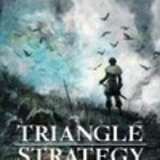