Retail version of Trials Fusion for PS4 and Xbox One bundled with season pass that allows access to six upcoming DLC packs.

Trials Fusion will hit digital stores on April 16 and retail shelves on April 18 in the UK, publisher Ubisoft announced today. The digital version will cost £15.99. No price was revealed for the retail version. In the United States, Trials Fusion will launch April 16 and the digital version for Xbox 360, Xbox One, PlayStation 4, and PC will sell for $20. A physical version for Xbox One and PS4 will be available at retail for $40 in the US.

The Xbox One and PlayStation 4 retail versions of Trials Fusion will come bundled with a season pass, giving players access to six upcoming DLC packs that will be released up until April 30 2015. The season pass can also be purchased separately for £15.99.

Developer Red Lynx’s managing director Tero Virtala told GameSpot "Trials has always been a digital game, but it's also coming to retail. It's selling for Xbox One and PlayStation 4 and it combines the full game and the season pass."

"In April, when people get their hands on Trials, they’ll find it is the biggest and best Trials game ever. But we already have a roadmap of expansions, content packs and a plan for how we intend to keep on growing the game and making it bigger and better."

Previous games in the Trials series have been released exclusively on Xbox 360 and PC, and only as a digital download. For more on Trials Fusion, check out GameSpot’s latest preview. 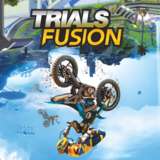