Microsoft Game Studios confirms that its train simulation sequel for the PC is no longer in development.

Microsoft Game Studios recently confirmed that it has canceled development on Train Simulator 2, which was originally scheduled for release in July of this year. Back in August of last year we reported that UK-based Kuju had handed over development responsibilities of the game to Microsoft.

Microsoft issued a statement confirming the cancellation of Train Simulator 2 after 3Dgamers.com noticed the removal of the game's official site and inquired as to its whereabouts. The statement from Microsoft reads as follows:

"As you know, every business segment within Microsoft is responsible for continually evaluating its strategy and investments in all areas of the business to achieve operational efficiencies. At Microsoft Game Studios (MGS), we must continually evaluate our portfolio strategy and investments to ensure we are achieving our most important objectives of creating successful, platform-driving titles for Windows gamers. In addition, Microsoft Games Studios must streamline game development operations to be more efficient and critically examine all projects in development to position the business for long-term success and profitability."

"Microsoft Game Studios has canceled the Windows-based game Train Simulator 2.0. The decision to cancel Train Simulator 2.0 was made some time ago and was based on a long, hard, and difficult look at our business objectives and product offerings. We remain focused on the simulations category with successful, platform-driving franchises, such as Microsoft Flight Simulator." 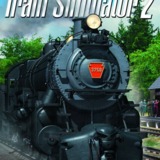