The new Warhammer game will be the video game debut of new factions and races, all competing to exploit the power of a dying god.

Sega is bringing back one of its most popular strategy and tactics series with the announcement of Total War: Warhammer 3. The company announced the game is coming from Creative Assembly, the studio behind 2017's Total War: Warhammer 2 and 2020's Total War Saga: Troy. Creative Assembly has made a name for itself developing strategy games, though it hasn't worked on them exclusively.

Total War: Warhammer 3 will take players to a conflict between mortal sentinels and horrible daemonic beasts. The war will span from the Lands of the East to the daemon Realms of Chaos. This sequel will also debut iconic races and factions for the first time in the video game series, including the Kislev, Cathay, Khorne, Nurgle, Slaanesh, and Tzeentch.

Sega promises that each race will have its own unique journey and different endpoints for their quest, as they each attempt to either save or exploit a dying god.

"Our vision, from the start, was to create a series that felt like an incredible journey through this world we all loved," said game director Ian Roxburgh, in the announcement. "The enormous support of our players in ensuring the success of the first two instalments has pushed our ambition to new heights, and we can't wait for everyone to experience it."

The announcement did not include release date details, but pre-orders are now available through Steam and Epic Games Store. It's only one of several Warhammer games in the works, including the Xbox Series X cooperative first-person game Warhammer 40K: Darktide. 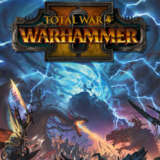