UK studio The Creative Assembly has revealed Total War: Attila, the next instalment in its popular strategy series.

The next game stars Attila the Hun, the leader of the Hunnic Empire in the fifth century, who was a feared enemy of the Roman Empire.

Early details of the project were revealed at the UK games event EGX on Thursday, where it was announced Total War Attila would launch on PC and in 2015.

The game's official website lists the release date for February 2015, and offers the following synopsis:

"Against a darkening background of famine, disease and war, a new power is rising in the great steppes of the East. With a million horsemen at his back, the ultimate warrior king approaches, and his sights are set on Rome…

"How far will you go to survive? Will you sweep oppression from the world and carve out a barbarian or Eastern kingdom of your own? Or will you brace against the coming storm as the last remnants of the Roman Empire, in the ultimate survival-strategy challenge?

The Scourge of God is coming. Your world will burn."

The Creative Assembly says the game also features fire-based destruction mechanics, allowing players to "set buildings ablaze and terrify defenders, or wipe entire cities and regions from the face of the campaign map with the new raze mechanic."

As opposed to other games in the series, Attila opens with vast territories already under the player's control.

Overhauled game mechanics, improved core gameplay, and enhanced UI are also promised by the Horsham-based studio, along with the returning family tree system. For more on Total War: Attila, check out the image gallery below. 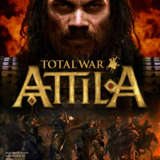