A new update has arrived for Torment: Tides of Numenera that purports to fix the game's performance problems, among other issues.

Numenera is the latest RPG from Wasteland 2 and The Bard's Tale developer InXile Entertainment. Numerous players have complained of bugs and performance issues since its launch earlier this year, and in March the company pledged to release a patch addressing them.

Update 1.0.2 is out now and consists of performance optimization and fixes for various freezes. It also resolves issues that would cause members of your party to talk less than they should.

Here are the full patch highlights, courtesy of InXile:

The full patch notes can be seen on the official Numenera website, although be aware that they do consist of some potential spoilers.

Coinciding with the update's release, InXile has said to look for special offers on the game at retailers between now and April 28. That includes a one-day deal at Best Buy that drops the PS4 and Xbox One versions to $30 ($24 with Gamers Club Unlocked). 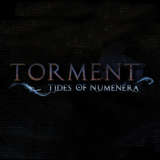