Fourteen-song soundtrack includes offerings from original games like "Superman" by Goldfinger, as well as tunes new to the franchise like "Please Ask for Help" by Telekinesis.

The soundtrack for Tony Hawk's Pro Skater HD has been revealed. In an interview with Sound and Vision, developer Robomodo confirmed the game's 14 songs, including "Superman" by Goldfinger, a track the studio said was "mandated" by fans.

The Tony Hawk's Pro Skater HD soundtrack (listed in full below) is almost an even mix of songs from the original Tony Hawk titles and songs new to the franchise. Project manager Ken Overbey discussed the licensing and decision process, saying it was no easy task for a number of reasons.

"It was a little difficult. We definitely wanted to bring back some of the songs from the original soundtrack, but wanted new songs as well," he said. "The most difficulty we had was our budget, which was very small, and the scope and time frame; it was a lot of work to get it all lined up and get the songs in. You have to put out a risk analysis report and you have to point out to the publisher what the biggest risks are in the development. Anyone who knows the game knows the music is just as important as the gameplay."

In development at Robomodo (Tony Hawk Ride, Tony Hawk Shred), Tony Hawk's Pro Skater HD is due out in June and will be the first Tony Hawk title distributed exclusively through digital channels. It will contain levels from the first two Tony Hawk titles, retouched and running on a new game engine.

The full Tony Hawk's Pro Skater HD soundtrack is below. 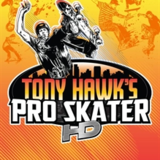