Tony Hawk's Pro Skater 1+2 is a proper remaster for the two classic skateboarding games, and you can get it on sale for Black Friday 2020 this year. The compilation takes the first two Tony Hawk games, often regarded as among the best in the series, and gives them a handful of upgrades, including improved graphics, new challenges and achievements, and an expanded soundtrack. 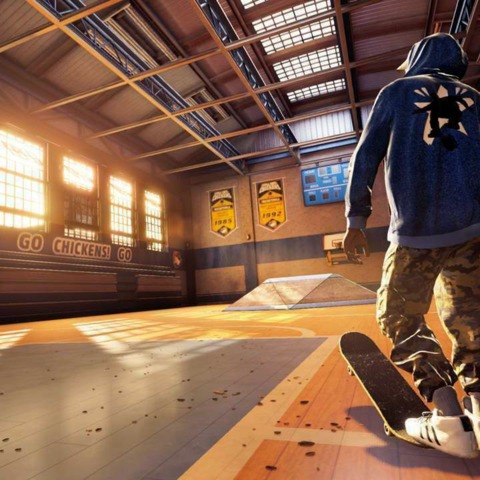 The best deal for Tony Hawk's Pro Skater 1 + 2 can be found at Target, which has the excellent skateboarding game down to $25. Amazon was matching Target's price, but it has since sold out. If Target also sells out, you can get a copy for $30 at Walmart or Best Buy.

See at Target
See at Best Buy
See at Walmart

The Black Friday Tony Hawk's Pro Skater 1+2 deals are available for both Xbox One and PS4. If you have a PS5 with a disc drive or the Xbox Series X, you'll be able to play these physical discs on those consoles as well. There's no next-gen upgrade yet, but you may still notice some performance improvements.

Besides the rather dramatic facelift, THPS1+2 nails the feeling of the classic Tony Hawk games. After some missteps in recent years, this game helped revitalize the series and recapture what made it special.

"Because it nails so much about that original Tony Hawk experience, it's really hard to be mad at Pro Skater 1 + 2 for any of its downsides," editor Mat Paget wrote in GameSpot's Tony Hawk's Pro Skater 1+2 review. "The load times aren't enough to keep you away from the plethora of satisfying combos, and the lack of level goals for every skater isn't enough to keep you from jumping back in with a new character. Playing through the newly remade levels is immensely enjoyable, and that on its own is enough to call Tony Hawk's Pro Skater 1 + 2 a success. However, smart additions and an engaging challenge system make it an experience that's more than just a brief skate through Tony Hawk's past."

We'll be covering Black Friday 2020 news and deals from now through Thanksgiving weekend, so stay tuned. Check out our roundup of the best Black Friday gaming deals available this year, including the best deals for Nintendo Switch, PS4/PS5, and Xbox One/Series X.