Is Lara Croft dead? Apparently not. Read our preview of the latest Tomb Raider and learn about its unique gameplay style.

Say what you will about the Tomb Raider franchise, but the fact remains that the series has sold nearly 30 million copies worldwide on nearly every imaginable PC and video game platform since Core Design conceived Lara Croft in 1996--you can't argue with numbers like that. For various reasons--some more obvious than others--Tomb Raider is easily one of the most successful, popular, and instantly recognizable franchises that the game industry has ever had, so a new game in the series shouldn't come as a surprise to anyone. That new game, simply referred to as "The Next Generation" for the last year and a half, is Tomb Raider: The Angel of Darkness. We recently made the long, cold trek to Core Design's offices in Derby, England, to talk to Adrian Smith, the company's cofounder and operations director, about Lara's latest adventure, and we walked away impressed with the new direction that The Angel of Darkness is taking the Tomb Raider series in.

Before you jump to any conclusions, you should know that this game won't simply be a high-resolution version of the same Tomb Raider after Tomb Raider that you've been playing for the last six years. While the graphics are getting a marked improvement--and it's probably the first thing you'll notice about the game--The Angel of Darkness will play like no other Tomb Raider game in the series. "It would have been so easy for us to do a better-looking Tomb Raider," admits Smith. "But in the end, we would have been massacred by our fans." And so Smith and the rest of the team at Core started conceptualizing a new type of Tomb Raider game shortly after they finished The Last Revelation. The end result is a Tomb Raider that introduces a brand-new character, incorporates elements from the role-playing and adventure genres, and has an overall mood that's significantly darker than ever before. Oh yeah, and it also stars one Lara Croft.

But didn't Lara Croft die at the end of The Last Revelation? Obviously not. Still, mum's the word on how she escaped what looked like sure death at the end of the fourth Tomb Raider. "The Angel of Darkness picks up some time after the end of The Last Revelation, not directly after," explains Smith. "This period of time [between the two games] does exist in that we know what happened to Lara, but it won't be covered in this adventure, though you will see glimpses of this missing time from Lara's life throughout Angel of Darkness." And it's here that things get interesting. The Angel of Darkness will essentially be three games in one. That is, the game is split up into three distinct parts, each of which plays dramatically different from the others. Smith elaborates: "We've broken the game down into three chunks, and each one is a unique experience that involves a unique play mechanic. What we consider the traditional form of Tomb Raider gameplay is essentially the middle part of the game. It's what people have come to relate Lara with--lost cities, rich environments, and so on." It's here that Lara will travel to locations like Paris and Prague, and it's where she'll meet the game's new character, Kurtis. "A new character is actually something that we've been asked to bring into the game for a long time," says Smith. "Basically, Lara is the brain and Kurtis is the brawn. He's much more action-oriented than she is; he's the one who's always on the front lines. You know, he shoots first and asks questions later."

Kurtis isn't just someone that Lara will interact with, however. You'll actually be able to play as him during the third "chunk" of The Angel of Darkness, which is supposed to be heavy on the action. According to Smith, Kurtis will share a similar control scheme to Lara's for the execution of his basic moves, but he'll have his own unique set of skills and attributes. For instance, instead of packing two handguns, he'll carry a large, four-bladed discus. How exactly this weapon will function, and how the entire third portion of the game will be structured for that matter, is still a closely guarded secret at Core.

What about the first section of Tomb Raider: The Angel of Darkness? Read on to find out.

A Murder Most Foul

Core Design's reasoning for breaking the next Tomb Raider game into three distinct parts is to fundamentally change the way these games will be played. While the second portion of the game does offer some enhancements over previous Tomb Raider games--the number of moves that Lara Croft will have, for example, is a whopping 150--it's not exactly a drastic departure from the Tomb Raider canon. The first portion of The Angel of Darkness, however, will most certainly be. Adrian Smith hopes that people will find this part of the game "shocking." He explains: "Lara is being framed for a crime--it could be a murder--that maybe she has or hasn't done. She's put into this situation that's very different and alien to her. You know, everything she's used to being in the past--this famous explorer who's almost like a celebrity. All this suddenly starts to work against her. Essentially, she'll be trying to clear her name."

Smith wouldn't elaborate on the details for fear of spoiling the game's plot, but he says that this part of The Angel of Darkness will almost play like a role-playing game. It'll be decidedly slower than the last two portions of the game, and it'll involve character interaction, which is another element that'll be new to the series. "Lara will be able to talk to other characters and have her actions or inactions determine her outcome," explains Smith. "Different people will tell her different things, and how the player plays the game will affect how other characters deal with Lara. We were keen to introduce this sort of element into the game. It's almost like a traditional RPG element." Smith says that his team wanted the adventurous players, the ones willing to branch off and try the different scenarios that will be available throughout the various areas, to be rewarded somehow. That reward might be a slight increase in Lara's strength, or a small boost in speed, which might mean finally being able to reach a door that was previously inaccessible. Smith is quick to point out that the person who just wants to play the game in a straight line will be able to finish it comfortably but may see only 60 percent of the game.

The game is coming out on the PC as well as the PlayStation 2, though Smith says that the core mechanics of both versions will be exactly the same. "We have one team working on both versions of the game, but we do focus on the two different platforms separately and try to maximize the individual strengths of the PC and PlayStation 2," says Smith. "There will be little elements that will be different, but 99 percent of the game is essentially the same. Visually, they'll be close as well, but there are certain things that each machine is better at." The PC will obviously have a higher resolution, whereas the PlayStation 2 version of The Angel of Darkness will likely benefit from more precise control.

To be sure, Tomb Raider: The Angel of Darkness is still very early in development. Smith says that Core has been working on the game for nearly a year and a half and that it won't be ready until the holiday season later this year. Interestingly enough, The Angel of Darkness will be the first of 10 chapters of a "book" that Core hopes will be covered by the next three or four Tomb Raider games, since there are still a lot of ideas brewing among the designers, so says Smith. In the meantime, Eidos and Core plan to reveal more gameplay and plot details about The Angel of Darkness at E3, so we'll have more detailed information about the game then. 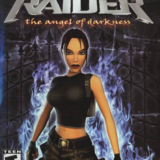