Guardian of Light and Temple of Osiris will be released on Switch starting in 2022.

The Tomb Raider series will make its debut on Nintendo Switch in 2022, Crystal Dynamics has announced as part of the franchise's 25th anniversary celebration.

Lara Croft and the Guardian of Light and Lara Croft and the Temple of Osiris will be released on Switch beginning in 2022. The games are being brought to Switch from Feral Games in collaboration with Crystal Dynamics. Feral previously handled the Switch port of Alien: Isolation.

Great #TombRaider25 news for @Nintendo fans! We are so excited to announce a collaboration between @CrystalDynamics and @feralgames to bring Lara Croft and the Guardian of Light and Lara Croft and the Temple of Osiris to Nintendo Switch starting in 2022! pic.twitter.com/S1PBaxhJqt

Guardian of Light is an isometric action game originally released in 2010, while Temple of Osiris debuted in 2014. Both games are spin-offs that feature Lara Croft fighting ancient evils and going on adventures solo or in co-op. They were generally well-liked upon release.

As mentioned, this is the first time that the Tomb Raider series is coming to Nintendo Switch. Whether or not any of the mainline series games come to Nintendo's console, however, remains to be seen.

Given how successful and iconic the Tomb Raider series is, it's expected there will be more games in the future, but no official announcements have been made just yet. Crystal Dynamics is now working alongside Microsoft's The Initiative on a reboot of Perfect Dark. 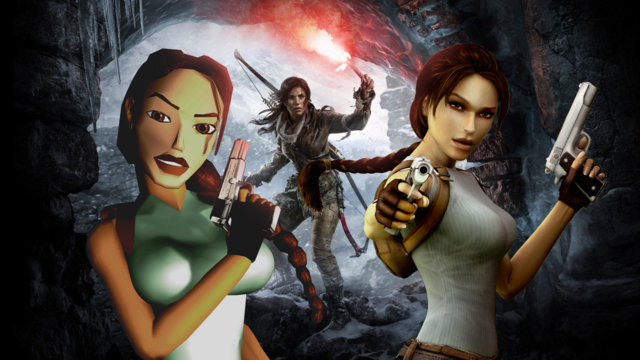