We brave ancient ruins with a horde of robotic minions at our side in Tecmo's winning PSP action game.

Since the game was first announced earlier this year, we've been keeping an eye on Tokobot, Tecmo's original PSP action game that casts you in the role of an aspiring explorer accompanied by a handy group of robotic minions. A playable version shown at this year's Tokyo Game Show and a chat with the title's development team left us eager to sink our teeth in to something meatier than a mere demo of the promising game. Thankfully, Tecmo stopped by recently and let us check out a US work-in-progress version of the proper game. Based on our substantial chunk of time with it, we're pleased to report that the title appears to be living up to its potential.

Though we had a decent feel for the gist of the game's story, the US version finally filled us in on what the heck is going on. A brief intro cinema will give you a rundown of the game's world, Moritari, and how, in the past, a once-thriving civilization created a device called the eternal engine, which helped them live in peace and prosperity. But as the saying goes, all good things must come to an end, and the ancient civilization eventually faded away. Unfortunately, there was no successor for its advanced technology, which lay unused in massive ancient ruins. Thousands of years later, a new society sprang up and began to base its technology on the ancient model, using steam to power robots called karakuri. To continue the development of that technology, archaeological institutions were created to continue investigating the ancient ruins in search of more viable tech to use.

That's where you come in. You'll play Bolt, an employee of one Dr. Canewood and an aspiring adventurer. During his first expedition for Canewood, Bolt discovers a heretofore unknown model of robot from the ancient civilization, which is dubbed "tokobot." Bolt imprints on the versatile little bots as their master because he's the first thing they see upon activation, so they unquestioningly follow his commands. Thanks to the aid of his new robotic minions, Bolt's stock rises and he's handed the more challenging assignments. You'll start the game as Bolt and head off on a new assignment in which he will uncover a plot that threatens Moritari and puts him and his newfound buddies to the test. The story will unfold via a mix of story sequences that feature static images, talking heads, and in-game conversations that will yield new information as you make discoveries and confer with your associates back at the lab.

Tokobot's gameplay is a good mix of platforming and puzzle-solving that will require you to make the most of your bot buddies. The game follows a basic linear structure that has you taking assignments at the lab and traveling to new ruins. As you explore, you'll come across environmental puzzles as well as enemies that you'll have to defeat with the aid of your tokobots. You'll be able to configure them in one of three ways--V, U, and circle--which will each let you perform unique actions. You'll be able to line up your tokobots behind you and either fling them in order to attack enemies or latch on to specific points so that you can climb up to new areas.

You'll also be able to make your bots encircle you and support you in jumps, or get them to spread out on either side of you and perform a windmill move to attack enemies or hover. Also, you'll eventually get the opportunity to have your bots "Voltron" up into massive mechs of assorted configurations, which is key for victory in boss fights or for accessing new areas. The only catch is that each transformation costs a certain amount of unique prehistoric karakuri parts, which you'll need to collect as you go.

Control in the game is nicely done and makes managing your metallic minions a snap. You'll move the analog stick, jump with the X button, examine objects with circle, perform an action with square, and switch between your tokobot formations with triangle. The right trigger will link you and your boys so that you can perform joint actions. The camera centers behind you when you tap the left trigger, or shifts to a first-person-view mode when you hold the trigger down. The select button will toggle the camera distance. Finally, the D pad will let you cycle through your available karakuri combinations. Depending on your preference, you can switch between one of two types of joining; the default requires you to hold down the right trigger to maintain the link, while the second option joins you with one tap of the trigger and keeps you joined until you tap it again to release.

The visuals in the game sport a simple charm that suits its premise nicely. Bolt and the tokobots feature clean designs that use a modest amount of detail but animate well. The foes you encounter follow the same aesthetic and feature quirky, varied design. The environments are on the simple side but get quite a bit of mileage out of the ruin theme and feature some inventive designs. On the tech side, the game runs smoothly and the loads aren't too bad. The only rough spot is the occasional awkward camera angle that makes some of the jumps and the exploring a little tough in places--but from what we played, it didn't appear to be too big of a nuisance.

The audio in the game is modest compared to the latest wave of PSP games--it's a little skimpy with voice, but fares well with sound effects and music. Bolt features a small selection of emotive sound samples as he jumps and flings the bots around. The tokobots themselves are of the cute, silent variety and aren't big on talk. The same holds true for your foes, although you'll hear some effects associated with their attacks, which come in handy to clue you in on when to dodge. The music in the game is surprisingly funky for a Japanese action game with cute robots, featuring a smart collection of catchy beats.

Based on what we played, Tokobot will likely be a pleasant and welcome surprise for many PSP owners hoping for some original content. The game features a likable cast of characters, engaging gameplay, and what feels like a good level of challenge so far. Despite the odd rough spot with the game camera, we're pretty pleased by what we've seen. Though we tend to like our robots giant or superdeformed, it's hard to not be won over by the tokobots. Though the game is fairly straightforward, it will offer some replay value in the form of a time-attack mode and unlockable content, which is a nice touch. Tokobot ships later this month for the PSP. 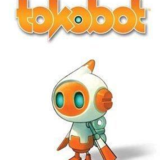