We've put together a list of the best gaming, entertainment, and tech deals you can grab on Friday.

As we head into the weekend, there are tons of great deals up for grabs, including on new and upcoming games. Resident Evil Village just launched today, and you can already get a discount on Steam codes at Green Man Gaming. If you're looking forward to Biomutant's release later this month, you can snag an Xbox digital code for $10 off at Newegg. Amazon has some great deals of its own, including massive discounts on the Samsung Galaxy Watch 3 and the The Skyrim Library. The retailer is also hosting a separate book promotion that nets you 50% off one book when you buy another book at full price. There are tons of game deals available, too, with New Pokemon Snap, Super Mario Odyssey, and Fire Emblem: Three Houses all discounted to great prices. PlayStation and Xbox users can save big on Immortals Fenyx Rising and It Takes Two. Also, Amazon is still hosting a device sale for Mother's Day with discounts on the Fire Stick 4K and an Echo Dot bundle. We've rounded up the best deals available on Tuesday; make sure to come back tomorrow to check out Thursday's deals. 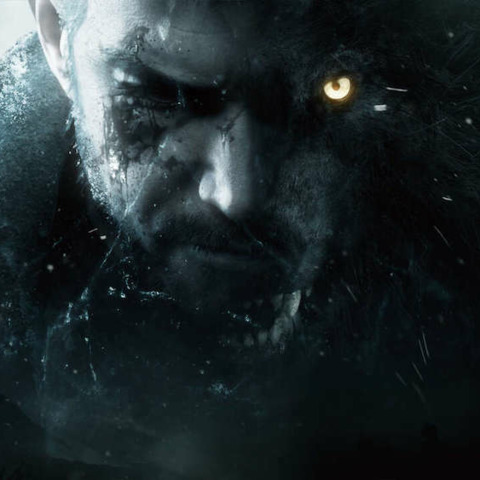 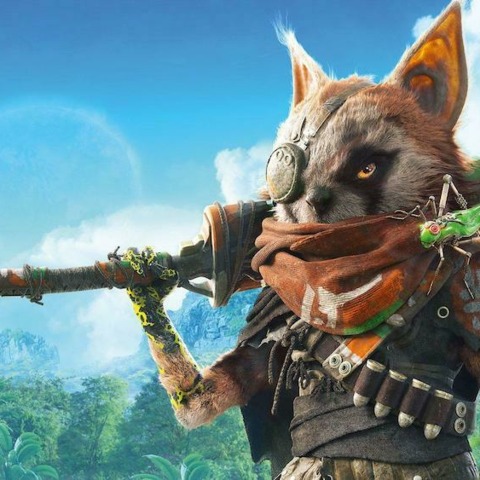 Biomutant digital preorders for Xbox are on sale for $50 if you enter promo code EMCEWEY25 at checkout. Biomutant releases later this month on May 25. Set in a post-apocalyptic world, Biomutant has a mix of melee and shooting combat and gives players a staggering amount of freedom on how they want to approach the open-world adventure. We recently previewed Biomutant and came away impressed.

Overcooked: All You Can Eat 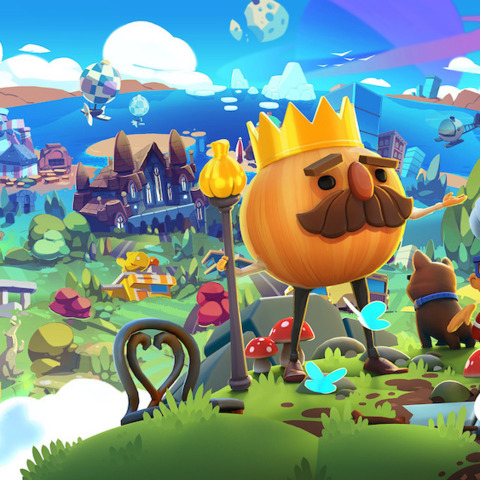 Overcooked: All You Can Eat for PS5 is on sale for $35 at Amazon. It bundles both Overcooked games as well as every piece of DLC. Whether you're playing online with friends or on the couch, frantically preparing dishes for hungry customers is always a blast. 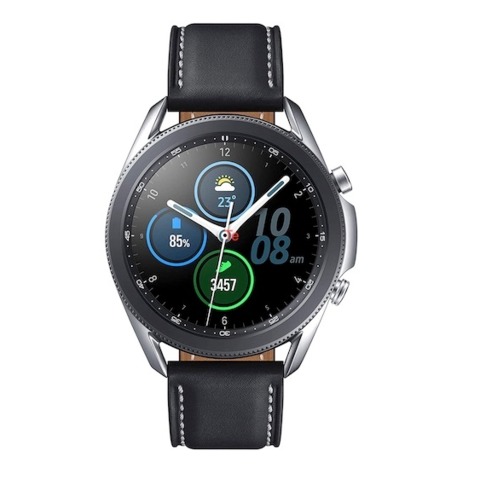 Amazon is offering a ridiculous discount on the Samsung Galaxy Watch 3 today.m You can get the 41mm model for $230 or the 45mm model for $260 ($170 off each). Ideal for those with Android phones, the Galaxy Watch 3 connects to your phone for notifications, music playback, texting, and more. It's also a great fitness watch and voice assistant. 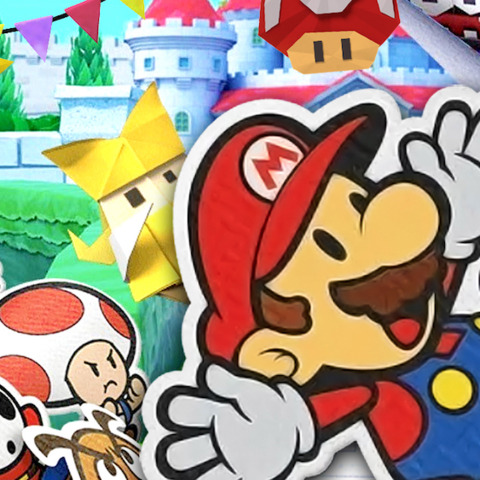 Paper Mario: The Origami King is on sale for $46 at Amazon. This is one of the best prices we've seen for the hilarious role-playing game that released on Nintendo Switch last summer. 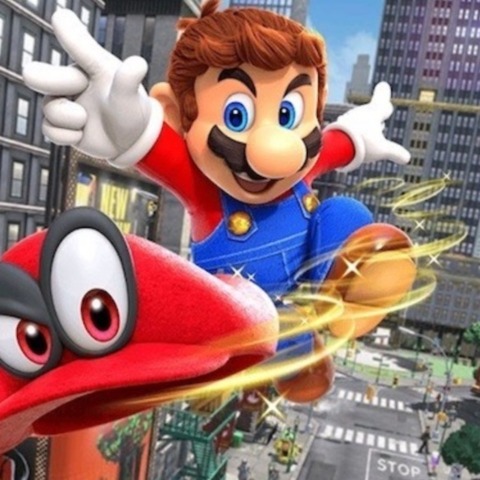 Super Mario Odyssey is on sale for $40 at Amazon and GameStop. If you have a Nintendo Switch and haven't played Mario's epic 3D adventure, this is a solid price, though admittedly not as good as yesterday's deal of the day at GameStop. 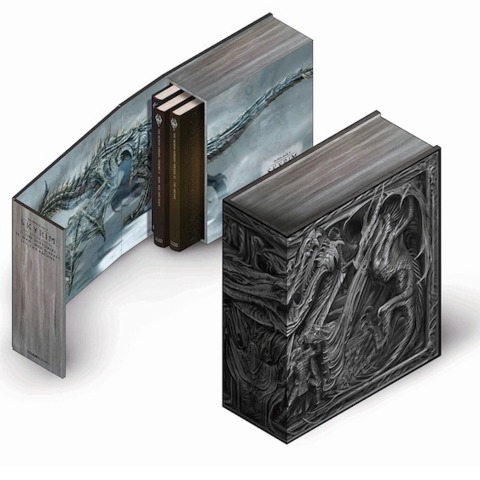 The Elder Scrolls V: Skyrim is one of the most beloved modern role-playing games. If you can't get enough of Skyrim, there's a compendium series that dives even deeper into the lore and world of Skyrim. Three three-volume collection is on sale for an excellent price at Amazon right now. The Skyrim Library, which comes in a beautiful slipcase, is discounted to $41.24. Make sure to click the coupon box under the price to get the full discount.

The Creative Gene by Hideo Kojima 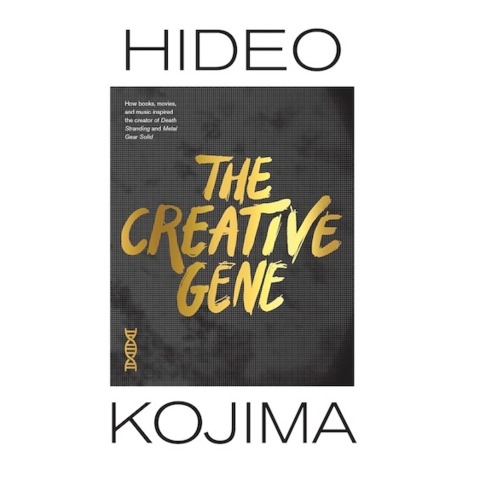 Hideo Kojima's upcoming book The Creative Gene: How Books, Movies, and Music Inspired the Creator of Death Stranding and Metal Gear Solid (very long title) is available to preorder now at Amazon. Amazon is offering 10% discounts on preorders ahead of its October 12 release. Keep in mind that you'll get the book for the lowest price offered between now and release if you order. 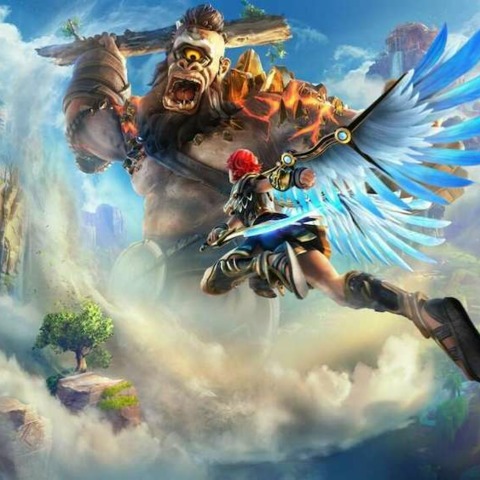 Immortals Fenyx Rising is discounted to only $30 at Amazon for PlayStation, Xbox, and Nintendo Switch. It spins a lighthearted yarn revolving around Greek mythology and has a colorful open world that's a joy to explore. Immortals Fenyx Rising has relatively breezy combat and puzzles, but it still manages to remain fun until the credits roll. 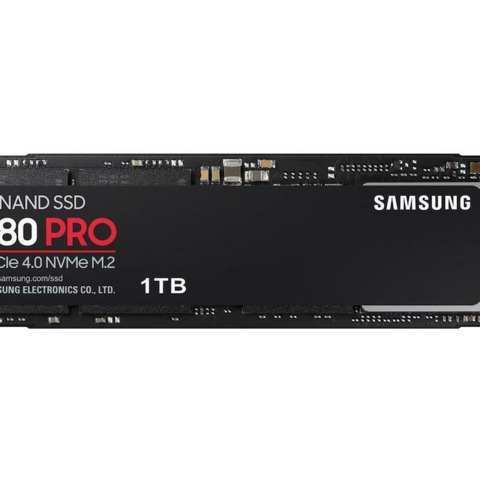 As part of its new PC sale, Newegg is knocking $30 off the price of this ultra-fast Samsung NVMe internal solid-state drive. Make sure to use promo code EMCXEWEX3 at checkout to get the full discount. The Samsung 980 Pro M.2 1TB offers lightning fast read speeds of up to 7,000MB per second. 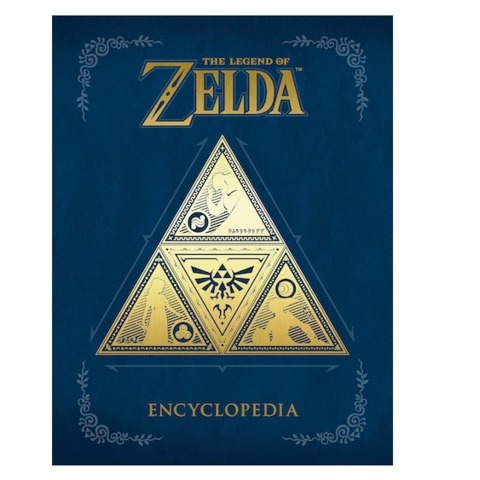 Amazon is hosting a new promotion that lets you buy one book and get another for 50% off. The sale includes a huge variety of titles, from video game art books to novels and much more. We'd recommend using the search bar to see if it an item is eligible. We found a bunch of noteworthy books, including Dungeons & Dragons compendiums, The Legend of Zelda art books, and plenty more. 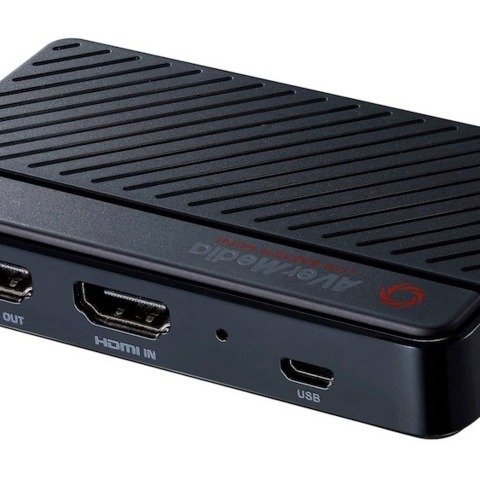 Those looking to get into game streaming should check out Amazon's deal on AverMedia's Live Gamer capture card. Normally $130, it's on sale for $80 right now. The card is capable of streaming and recording in 1080p at 60fps and is compatible with PlayStation, Xbox, Nintendo Switch, and PC. 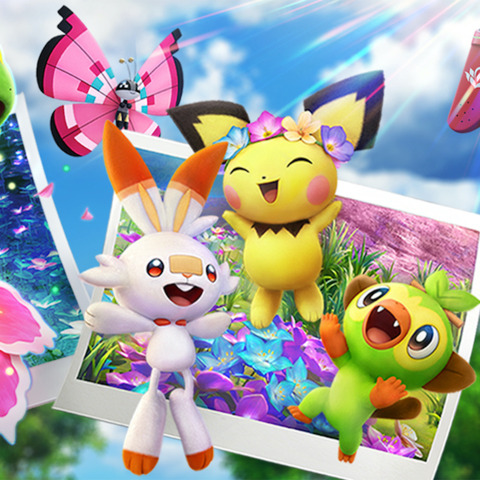 New Pokemon Snap just released last week, but you can already save $10 by purchasing a copy at eBay. Reputable seller Nationwide Distributors is offering brand-new physical copies for $50. This deal comes with free shipping and free returns. 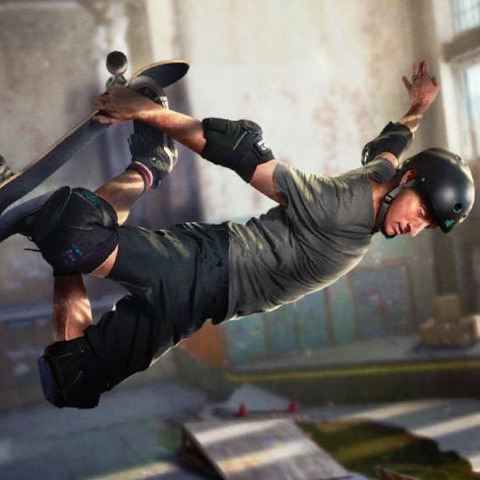 Amazon has the first deal we've seen on the next-gen version of Tony Hawk's Pro Skater 1 + 2. Normally $50, you can get a physical copy for PS5 or Xbox Series X for $41.88. Since the excellent remake of the first two skateboarding games in the series doesn't have a free next-gen upgrade, this is a pretty great deal that's worth considering. 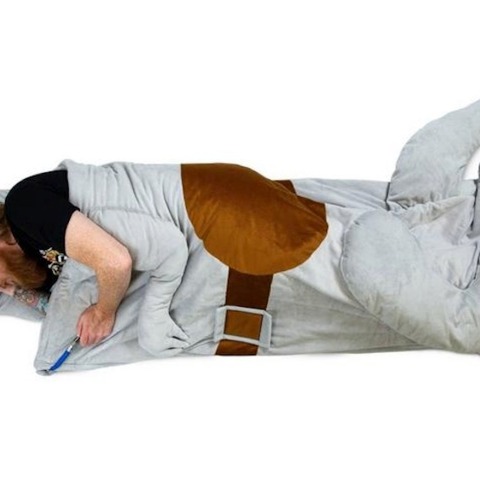 As part of GameStop's Star Wars Day sale, you can save 50% on this extremely weird sleeping bag. The Tauntaun sleeping bag looks just like the creatures who roam Hoth. The head doubles as a pillow, and the inside of the bag has the Tauntaun's intestinal pattern (really). 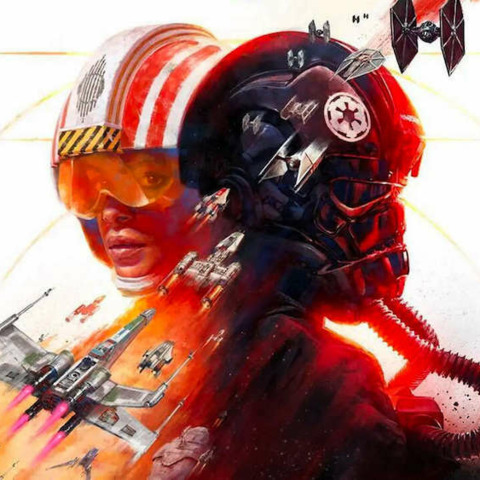 Star Wars: Squadrons, which brought back classic Star Wars dogfighting in style last year, is on sale for $20 at Best Buy. The space combat sim has fine-tuned combat mechanics and well-designed maps that make it a joy to play solo or online. 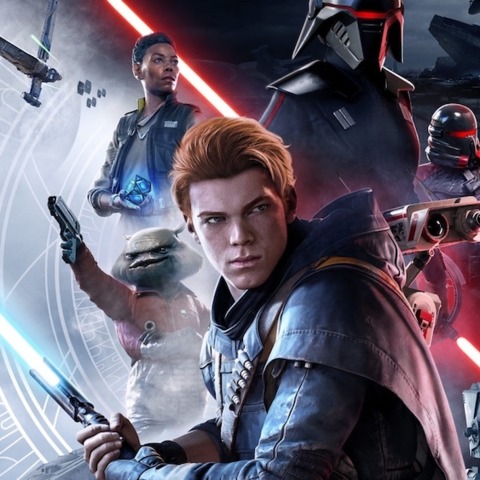 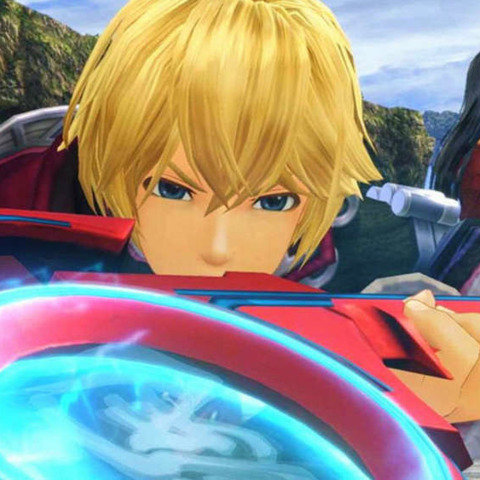 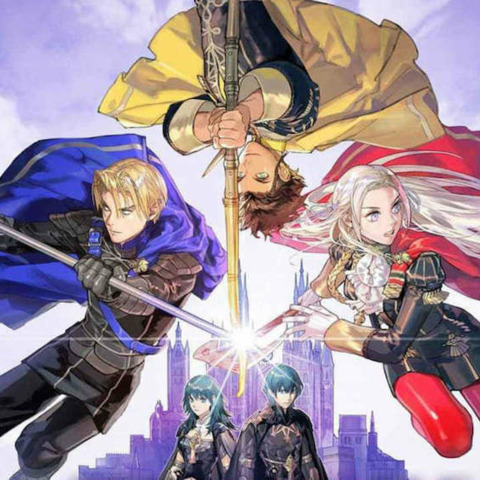 Fire Emblem: Three Houses is one of the best role-playing strategy games on Switch. In addition to a brilliant tactical combat system fans have come to expect from the series, Three Houses has deep social sim gameplay, which makes it the most well-rounded entry in the franchise to date. It's on sale for $40 at Amazon. 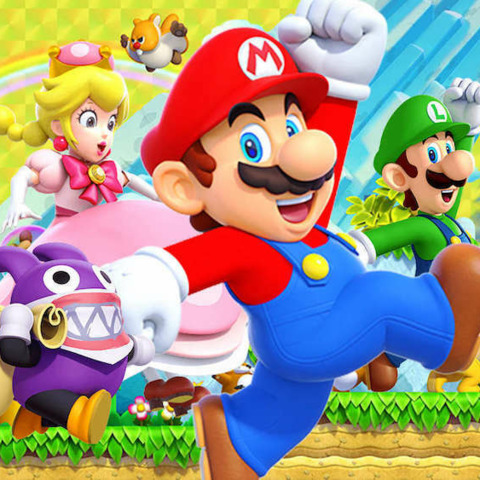 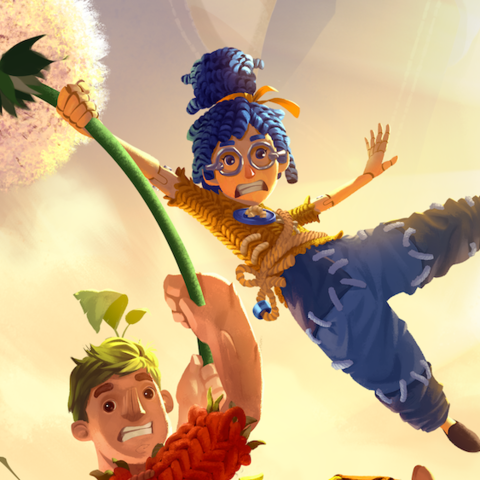 It Takes Two, the latest co-op adventure from Hazelight Studios, is on sale for its lowest price yet for PlayStation and Xbox at Amazon. It Takes Two stars a married couple on the verge of divorce who inhabit the bodies of tiny dolls after their daughter consults a book on relationships. It Takes Two features stellar platforming and puzzles that force you and your partner to work together as one. 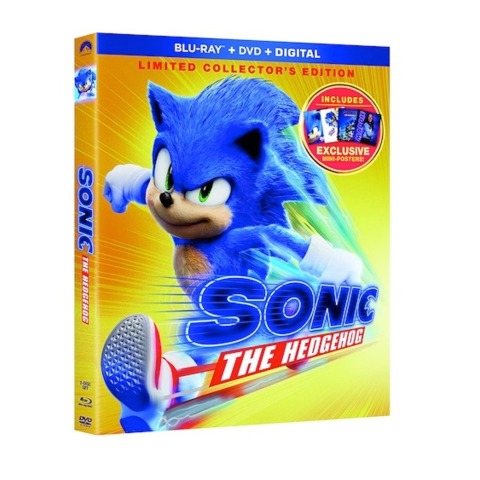 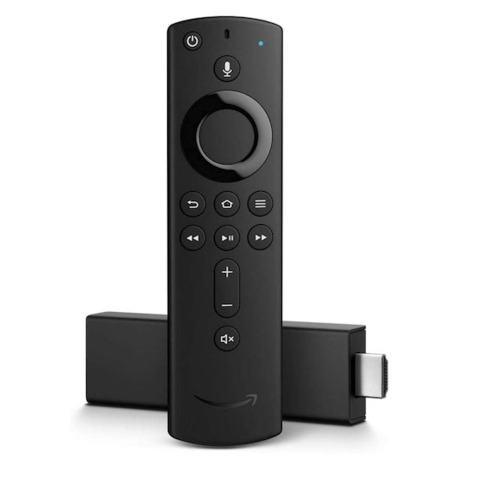 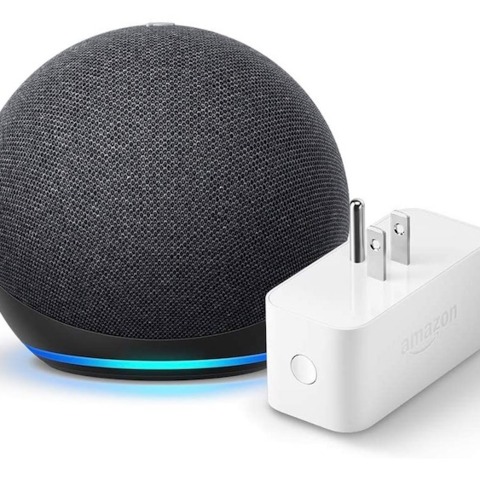 Amazon has a great deal on an Echo Dot and Smart Plug bundle right now. You can get the latest generation Echo Dot and an Amazon Smart Plug for $40, which is $25 off the list price. The Echo Dot is a powerful smart speaker with a spherical design to help disperse sound. For anyone looking to start turning their house into a smart home, this bundle is a good place to start.