We've poked around the internet to find the best gaming, tech, and entertainment deals for Friday.

To close out a great week for deals, Best Buy has an excellent deal on a pair of Beats Studio headphones, Amazon is offering a great discount on a cool home golf simulator, and Woot has slashed nearly 50% off the price of a high-end NVMe SSD. There are also tons of great game deals you can still pick up, including a release day discount on Nier Replicant for PC (use promo code SPR21). Call of Duty: Black Ops Cold War, Animal Crossing: New Horizons, Trials of Mana, and Wolfenstein: The Alternative History Bundle are all discounted to great prices. You can also save on multiple Arcade1Up cabinets at Walmart. If you're looking for an extra controller for PS5, there's a ridiculous discount on preowned DualSense controllers at Amazon. Numerous Lego Super Mario sets are on sale at Amazon, which is great timing considering a Luigi Starter Course was just announced this week. We've rounded up the best gaming, tech, and entertainment deals for Friday. Make sure to return to this page tomorrow morning for another batch of deals. 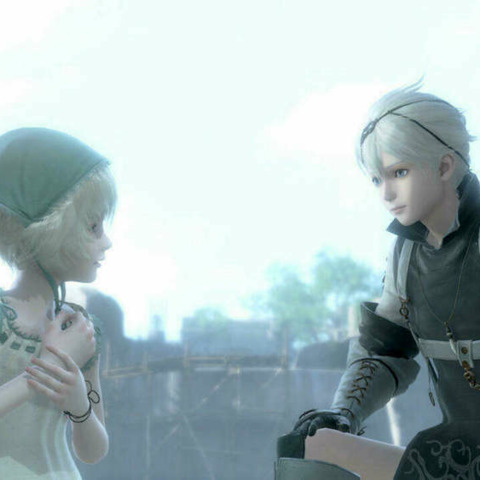 Nier Replicant launched today for PC, PS4, and Xbox One. If you're looking to pick up the great remaster of a cult classic, you can save 20% on PC codes at Green Man Gaming. Simply enter promo code SPR21 at checkout to get the deal. You'll receive a code that can be redeemed on Steam. It earned an 8/10 in our Nier Replicant review. 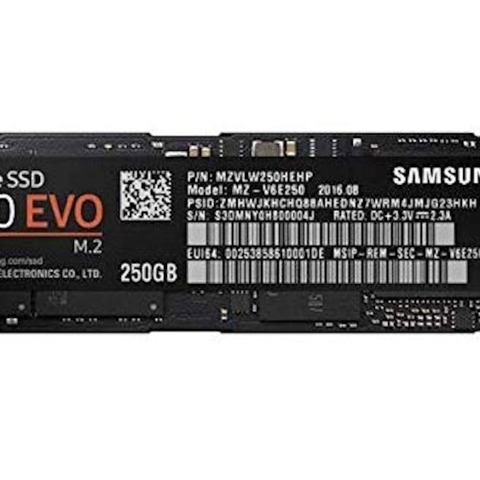 Woot has an excellent deal on an NVMe internal SSD today only. You can grab the Samsung 960 EVO 250GB NVMe SSD for only $69, which is roughly 50% off the list price. NVMe hard drives are faster than normal SSDs, and this particular drive has read speeds of 3,200MB per second and write speeds of 1,900MB per second. 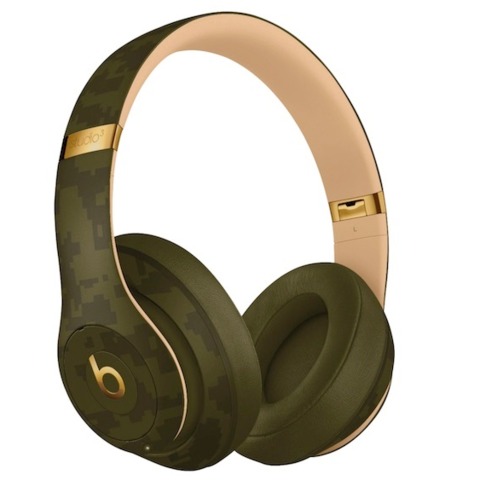 One of Best Buy's deals of the day offers a huge discount on the high-end Beats Studio headphones. Beats Studio headphones boast real-time audio calibration to provide optimal sound levels and active noise canceling tech to eliminate outside noise. These Bluetooth headphones can run for 22 hours on a single charge. Only the Forest Green model is available for this deal, and you also get six months of Apple Music with your purchase. 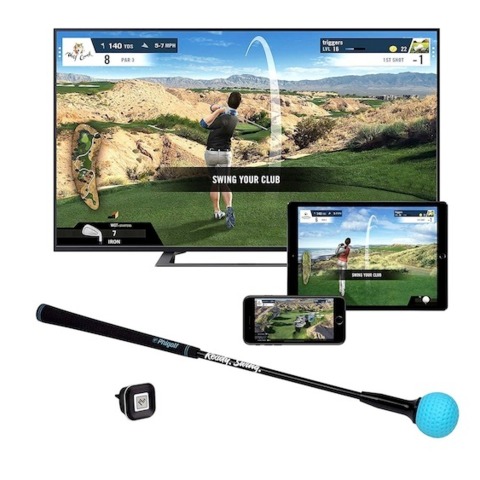 Golf fans can pick up a fun home golf simulator for $50 off today at Amazon. Phigolf's simulator comes with a small weighted golf club that can be swung safely in the house. It's equipped with sensors to track your swing. Phigolf is compatible with Android and iOS and can be shared to your TV screen. You can play on a variety of courses using the Phigolf app or the World Golf Tour app. 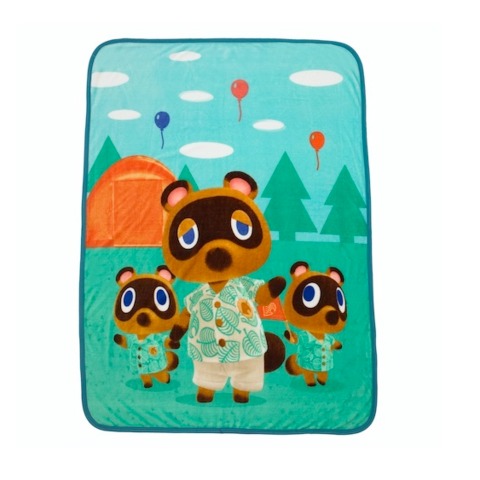 Walmart has a cute Animal Crossing throw blanket on sale for under 10 bucks. This soft microfiber blanket features Tom Nook and the Nooklings. 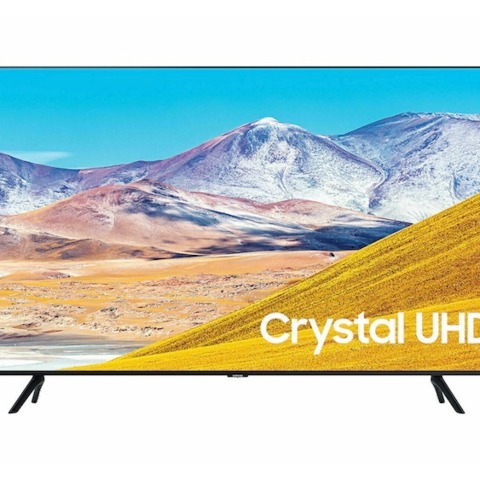 You can save more than 50% off the list price on a Samsung Crystal 4K TV at eBay right now. Normally $1,000, reputable seller wholesale_connection has marked the Samsung TU8000 down to $464.54. This particular model includes true 4K with HDR and has smart TV functionality. It's a solid budget option if you're looking for a TV for gaming. 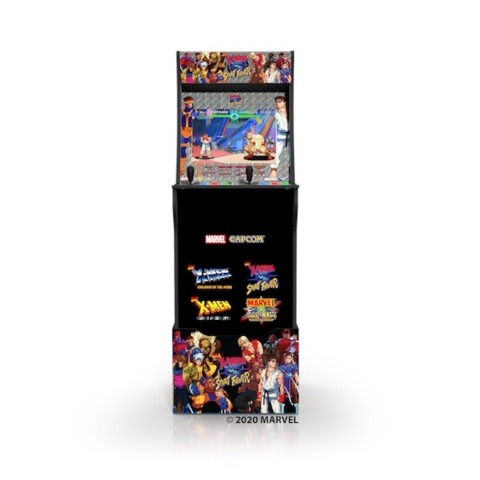 Walmart has a great deal on the X-Men vs. Street Fighter home arcade cabinet from Arcade1Up. This cabinet regularly goes for $500, but you can snag it for only $349 right now. It comes with four games: X-Men vs. Street Fighter, X-Men: Children of the Atom, Marvel vs Capcom: Clash of the Super Heroes, and X-Men: Mutant Apocalypse. 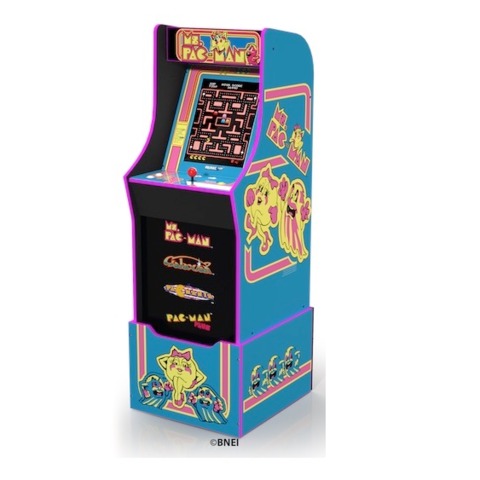 Walmart also is offering Arcade1Up's Ms. Pac-Man cabinet at a nice discount. The cabinet includes a riser and is loaded with Ms. Pac-Man, Pac-Mania, Pac-Man Plus, and Galaxian. 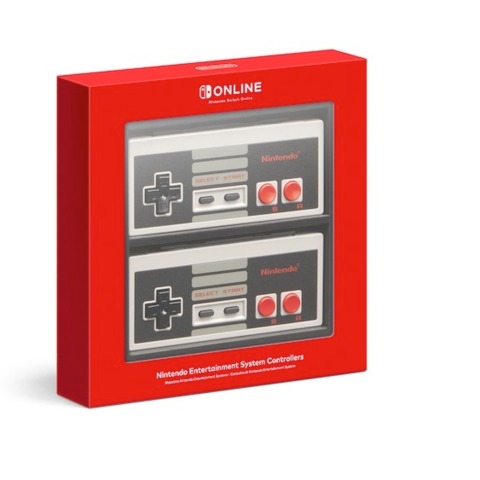 Nintendo Switch Online members can save big on the official NES controllers for Switch. Nintendo has knocked $18 off the price. This deal has been going in and out of stock, so if you're looking for authentic NES controllers to play classic games, you'll want to scoop this deal up as soon as possible. 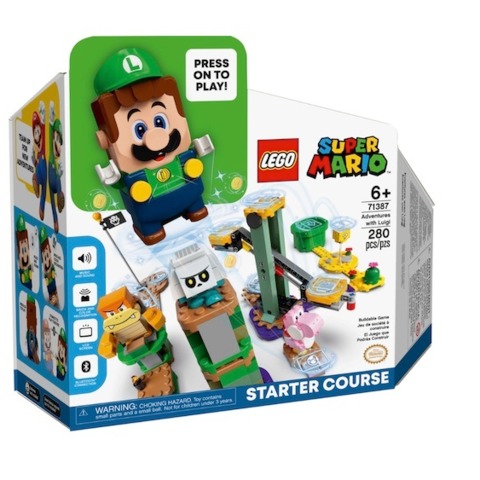 Lego's Luigi Starter Course isn't on sale, but it's worth highlighting here as it was just revealed and is available to preorder now. Luigi is joining the Lego Mario fun with his own 280-piece course. It comes with an interactive Luigi figure, Pink Yoshi, Boom Boom, and Bone Goomba as well as a variety of pieces to make a course for Luigi to hop around on. 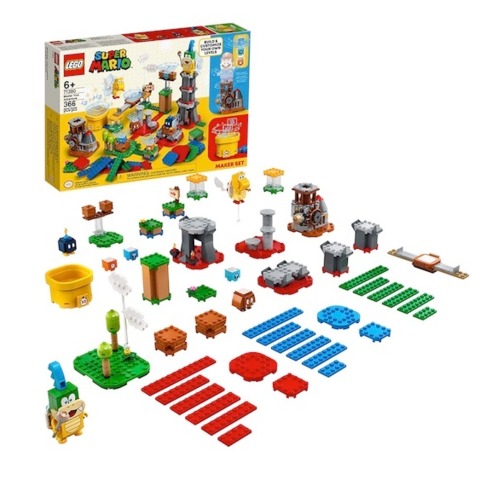 If the newly announced Luigi Lego set has piqued your interest, Amazon has a bunch of deals on other Lego Super Mario sets. The Mario Starter Course and Master Your Adventure Maker Set are on sale for $48 each. You can also save 20% on a variety of expansion sets, including Mario's House, Guarded Fortress, Whomp's Lava Trouble, Piranha Plant Power Slide, and Boomer Bill Barrage. 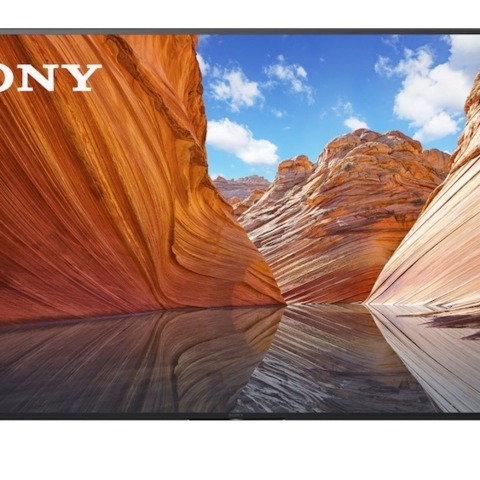 Sony's 65-inch Class X80J 4K TV is $250 off at Best Buy. This 4K UHD TV has a gorgeous picture and features Google smart functionality out of the box, giving you access to all of your favorite streaming platforms out of the box. If you're looking for a TV for your new Xbox Series X or PS5, this Sony model would be a great choice. For more TVs that would pair well with the new consoles, check out our roundup of the best 4K TVs for PS5 and Xbox Series X. 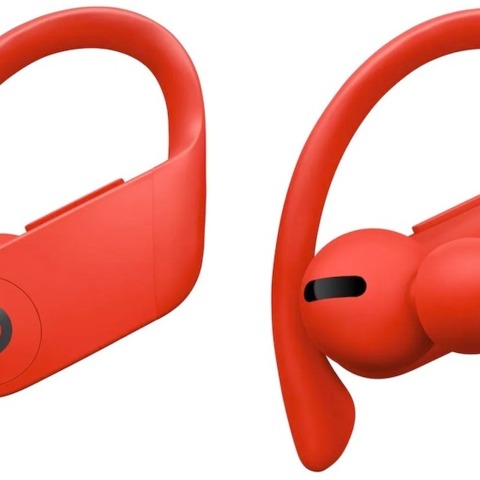 If you're in the market for new earbuds, Best Buy has the great Powerbeats Pro on sale for $90 off right now. The Powerbeats Pro earbuds are wireless and run for up to nine hours on a full charge. Designed with athletes in mind, the Powerbeats Pro are water and sweat resistant. They have a powerful sound and contain noise-canceling tech. This deal is available for the lava red and spring yellow color options. Powerbeats Pro earbuds come with a charging case that holds 24 hours of juice, and Best Buy is also throwing in six months of Apple Music. 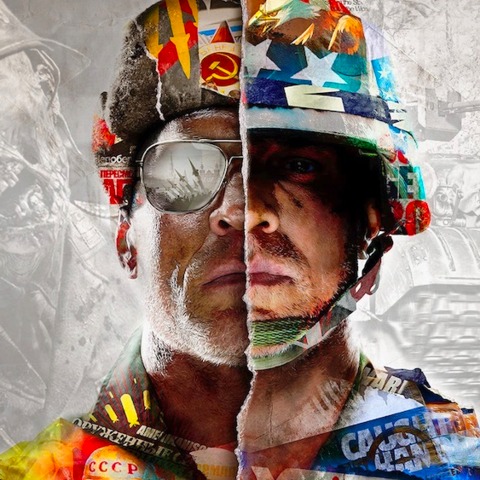 Call of Duty: Black Ops Cold War's Cross-Gen bundle is available for a fantastic price at Amazon right now. Normally $70, you can grab a digital copy of the 2020 shooter for $49. The Cross-Gen bundle gives you access to both the Xbox Series X and Xbox One versions of the game. This deal is exclusive to Xbox. 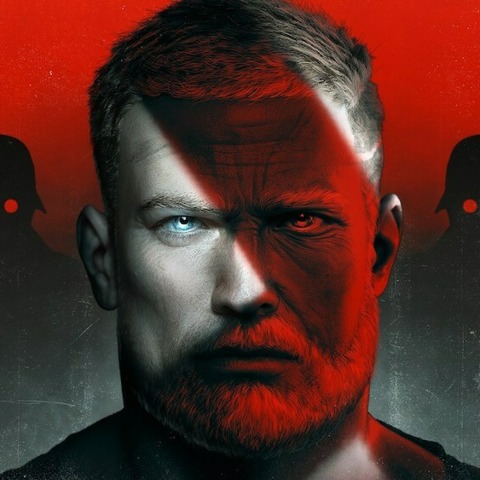 Xbox users can snag Wolfenstein: The Alternative History Bundle for a steeply discounted price at Amazon and Best Buy. The collection normally goes for $80, but right now you can get it for only $27. The bundle contains all four modern Wolfenstein titles: The New Order, The New Colossus, Youngblood, and The Old Blood. 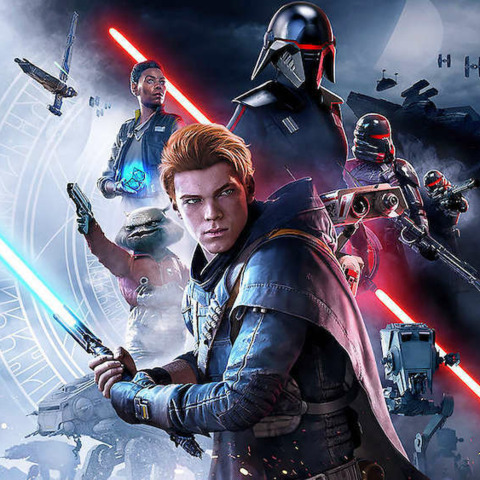 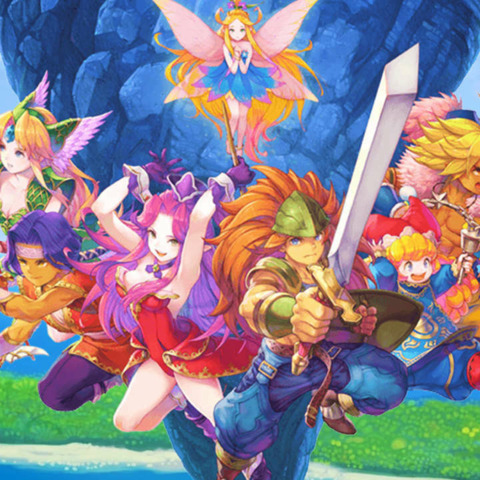 Trials of Mana, a remake of the 1995 Square role-playing game, is on sale for its best price yet at Best Buy. You can snag a copy for PS4 and Nintendo Switch for only $20. Amazon is matching this deal, but only for the PS4 version. If you're in the mood for a lengthy RPG that's brimming with nostalgia, Trials of Mana is a solid choice. 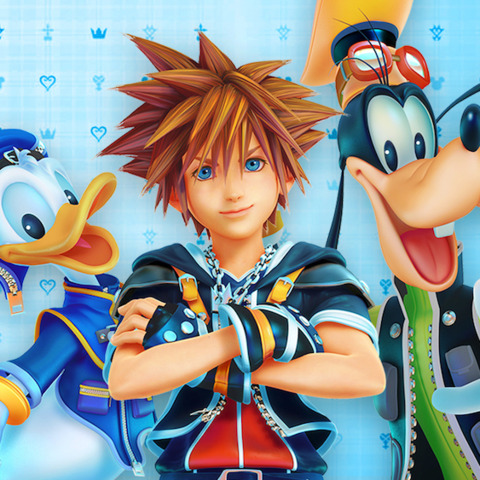 Kingdom Hearts All-In-One is $10 off at Amazon and Best Buy. The compilation features 10 Kingdom Hearts "experiences," including all three mainline games and numerous spinoffs such as Dream Drop Distance, Re:Chain of Memories, and 358/2 Days. 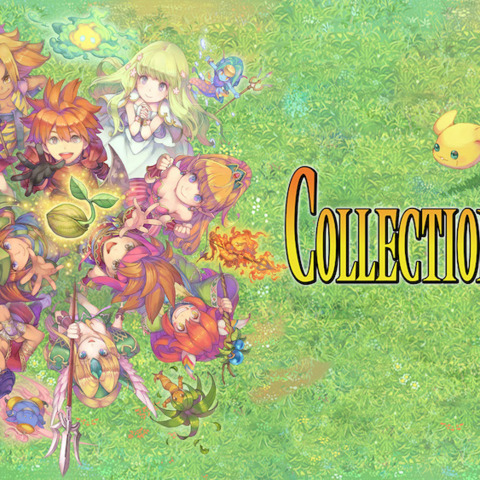 Collection of Mana is also down to its best price yet at Amazon and Best Buy. You can get a physical copy for Nintendo Switch for only $20. Collection of Mana contains Final Fantasy Adventure, Secrets of Mana, and Trials of Mana (the original version). 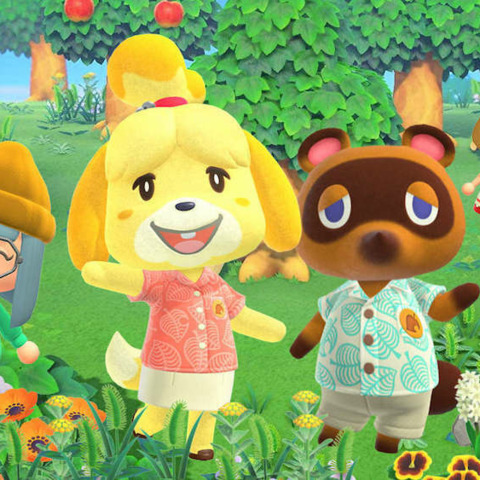 Although more than a year old now, Animal Crossing: New Horizons often holds steady at its $60 list price. If you haven't jumped into the leisurely island sim yet, you can see what all the fuss is about for a bit less. Amazon is offering physical copies of New Horizons for $50 right now. 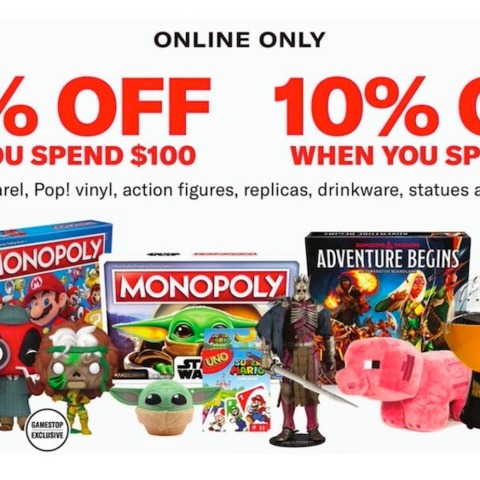 GameStop is hosting a collectibles promotion that gives you discounts the more you spend. If you spend $60 on collectibles, you'll get 10% off your order. If you manage to pile your cart with at least $100 worth of collectibles, you'll save 20%. GameStop defines collectibles in a very broad sense, so this includes everything from Funko Pops and statues to clothes and board games. There are more than 10,000 eligible products. 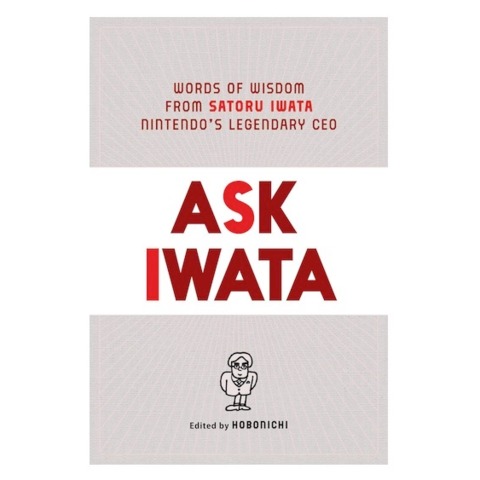 Ask Iwata: Words of Wisdom from Satoru Iwata, Nintendo's Legendary CEO released last week, but it has already received a steep discount at Amazon. You can get a hardcover copy for $13.79, down from the $23 list price. The book compiles interviews from Iwata's final decade as Nintendo's CEO before his death.