Time magazine has compiled a list of games it deems to be the "All-Time 100 Video Games." The list is broken down by decade beginning with the 1970s and spans through the 2010s.

Nominations from the 1970s include The Oregon Trail, Pong, and Space Invaders, while the 1980s list adds Super Mario Bros., Frogger, Donkey Kong, and The Legend of Zelda. Moving forward in time, some of the magazine's 1990s choices were Solitaire, Doom, and Goldeneye 007.

For the 2000s, Time nominated Guitar Hero, Rock Band, World of Warcraft, and Wii Sports (among others) to the list. The magazine's final decade, the 2010s, includes just two games: Mass Effect 3 and Batman: Arkham City.

In addition to choosing games itself, Time is allowing users to vote on the results. At press time, of all games on the list, Pac-Man, Super Mario Bros., The Oregon Trail, Pong, and Space Invaders received the most fan votes. 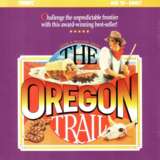