Following troubling rumors, EA confirms it has pulled the plug on the Command and Conquer-based FPS because it did not meet quality standards.

At the end of July, Electronic Arts announced it was delaying the launch of Tiberium on the PC, Xbox 360, and PlayStation 3. Without citing any specific issues, the publisher postponed the first-person spin-off of the Command & Conquer series until its 2010 fiscal year, meaning the earliest it would have hit retail was April 2009. 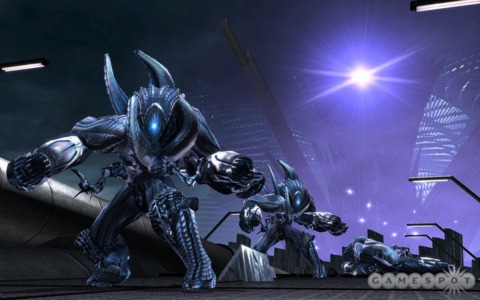 Today came news that Tiberium won't hit retail, period. This afternoon, EA confirmed to GameSpot that the title has been canceled outright, a victim of an internal quality-control audit by EA. The game was in development at EA's Los Angeles studio, where the next installment in the C&C series, Command and Conquer Red Alert 3, remains in the works for the PC and Xbox 360.

"EA has suspended work on Tiberium effective immediately," corporate communications spokesperson Mariam Sughayer told GameSpot. "The game was not on track to meet the high quality standards set by the team and by the EA Games Label. A lower-quality game is not in the best interest of the consumers and would not succeed in this market." Since taking over in 2007, EA CEO John Riccitiello and EA Games president Frank Gibeau have said they are implementing a more strident quality-control system at EA's numerous internal studios.

As a result of the cancellation, an unidentified number of employees are being let go from EALA. Sughayer explained that "every effort" is being made "to place talented people on other projects." Besides Red Alert 3, EALA is home to a number of Steven Spielberg-produced games, including a 360/PS3 sci-fi shooter. It's also where 300 director Zack Snyder will be setting up shop to work on a trio of new IPs with EA. 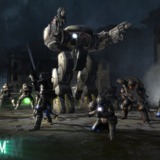 There are 545 comments about this story
Load Comments (545)