If you already own any of these games on Xbox 360, they should show up automatically in your Xbox One game library. Alternatively, they can be purchased on Xbox One or through the Xbox Store links below.

These additions to the Xbox One's backwards compatibility catalog follow Street Fighter IV and Poker Smash, which were introduced to the catalog last week.

The Xbox One's backwards compatibility library has more than 320 games in it--you can see them all here. 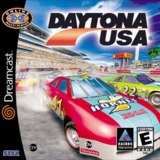