A total of seven games have been added to the backwards compatibility program this week.

For the second time this week, Microsoft has added games to the Xbox One's backwards compatibility catalog. New additions for today, October 13, include Silent Hill: Downpour, Eat Lead: The Return of Matt Hazard, and Puzzle Quest: Challenge of the Warlords.

These were announced by Microsoft's Larry "Major Nelson" Hryb on Twitter.

If you already own any of these games on Xbox 360, they should show up automatically in your Xbox One game library. If not, you can buy them on your Xbox One or through the links below.

The Xbox One's backwards compatibility feature launched in November 2015 with the New Xbox One Experience update. Microsoft has added new titles on a regular basis since then--you can see all 250-plus games in the catalog here.

Just recently, Xbox boss Phil Spencer was asked if Call of Duty: Black Ops II--the single most-requested title on the Xbox Feedback site--would be added to the program. He did not confirm anything but said conversations are ongoing about adding more third-party games to the catalog. 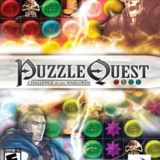