Rising publisher adds to its in-house development stable; shop will be focused on PS3 ports.

As part of its earnings announcement this morning, THQ revealed that it had acquired Mass Media Inc. for an undisclosed sum. The Moorpark, California-based studio began the decade by making Game Boy Advance titles such as Pac-Man Fever but has since become something of a PlayStation 2-port specialty shop. It helped bring Metal Arms: Glitch in the System, Full Spectrum Warrior, and Full Spectrum Warrior: Ten Hammers to the system.

Though Mass Media is now wholly a part of THQ's 16-studio in-house development stable, it doesn't look like its role will change much. Speaking to analysts in a conference call, THQ CEO and president Brian Farrell said, "We love their cross-platform development tools, and so I wouldn't necessarily think of them as a product shop that actually is going to produce an individual game. They're a technology shop that we think is going to be a great enabler for our PS3 cross-platform development tools."

Farrell's query was in response to the revelation that Mass Media is working on a new, unnamed next-gen title. Called "Project X" on the studio's site, it is described only as "an AAA next-generation title, so cool and cutting edge, that we cannot talk about it." So far, THQ's highest-profile PlayStation 3 port is the forthcoming version of its Xbox 360 hit Saints Row. 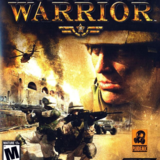