Publisher extends deal with Games Workshop to include a massively multiplayer online title from Austin-based developer Vigil Games; Q&A inside.

Video game publisher THQ and tabletop game publisher Games Workshop have already enjoyed great success since 2004 with Warhammer 40,000: Dawn of War, the popular real-time strategy game based on the gritty and brutal Warhammer 40,000 sci-fi universe. The game has given rise to two expansion packs, the most recent of which won GameSpot's award for Best Expansion Pack of 2006 and remains a popular title with strategy enthusiasts.

Today, the two publishers are announcing an extension to their licensing agreement to work together on new projects, including a Warhammer 40,000 massively multiplayer online game. The first hints at such a project came last November, when Relic Entertainment, developer of the Warhammer 40,000 real-time strategy series, posted a want ad for MMOG developers. As it turns out, though, another studio--Austin, Texas-based Vigil Games, will be working on the new project, which should not be confused with the swords-and-sorcery MMORPG, Warhammer Online: Age of Reckoning.

GameSpot: Congratulations on the announcement that THQ and Games Workshop are extending their licensing relationship. What do the terms mean for the immediate future? What kinds of games is THQ now cleared to make and for which platforms?

Kelly Flock: THQ has exclusive, worldwide interactive rights for all systems, including console, handhelds, PC, wireless, and online, including massively multiplayer online titles. As you know, we have had tremendous success with our Dawn of War real-time strategy franchise based on the Warhammer 40,000 universe, with numerous accolades and sales in excess of 2 million units worldwide. We feel that Dawn of War's success is just the beginning for this powerful franchise that resonates so well with gamers.

Andy Jones: We are confident that THQ will continue to develop and deliver great game concepts that really bring to life the Warhammer 40,000 universe. THQ can do so on whatever platform and in whatever genre it wishes--after all, THQ is the proven expert in the field of computer game software.

GS: The two companies have also inked a deal to give THQ clearance to develop massively multiplayer online games in the Warhammer 40,000 universe. What specifics can you give us? Are there any time frames on the agreement to share? In which countries around the world will the game be launched? How true to the violence and grittiness of the 40,000 universe will the game be with respect to the kind of content rating the studios hope to earn for the game from the ESRB or ELSPA?

KF: We are very excited to be working with Games Workshop on the first-ever MMO game based on the Warhammer 40,000 universe. Our agreement calls for worldwide rights, so we definitely plan to launch the game across North America, Europe, and Asia. We are very early in development, so it would be premature to comment on potential ratings, but we plan to build a game that both Warhammer 40,000 fans and MMO gamers will be excited to play--one that is true to the rich universe Games Workshop has built--with scalable depth of characters and worlds that MMO fans have come to expect.

AJ: Perhaps a detail, but we have actually inked one deal that gives THQ the worldwide, exclusive rights to develop interactive entertainment products based on Warhammer 40,000 for all genres on all platforms. In terms of time scale, the agreement is intentionally set up to have a long enough term that THQ can really design and develop a top-quality, innovative MMO based on our long-established and market-leading Warhammer 40,000 property.

GS: Now that the deal has been signed, could you tell us about the status of a 40,000 massively multiplayer game? Is one in development? Has THQ found a development studio to partner with? Or would it produce the game in-house?

KF: Yes, we have the game in development at our Austin-based studio, Vigil Games. The team there is led by David Adams, formerly of NCsoft, and is comprised of several MMO veterans from that community. We look forward to making further announcements with more specifics on the game in the coming months.

GS: Could either THQ or Games Workshop comment on the type of massively multiplayer online game they'd like to create for the Warhammer 40,000 universe? Should we expect to see something perhaps more action-oriented or more strategy-oriented to reflect the tabletop game roots of the property?

AJ: The Warhammer 40,000 universe is a big place, with many exciting stories to unfold. It remains to be seen which themes are explored in the MMO (or indeed in any other up-and-coming games from THQ), but rest assured, they will be big ones! It may be worth pointing out that our goal is to ensure that whatever interactive products are created based on Games Workshop properties, that they, on the one hand, delight and enthrall our existing fan base and, on the other, give a wonderful opportunity for a whole new customer base to experience our worlds.

GS: Obviously, the current massively multiplayer online landscape is very competitive--Brian Farrell stated last June that, at the time, working on a game that would be "something competitive [with World of Warcraft]...would be misguided for anyone, including THQ." Tell us how THQ and Games Workshop intend to tackle the task of bringing a new massively multiplayer online game into this market.

KF: We think World of Warcraft has done a great job of establishing the MMO market. We have seen tremendous growth in the space over the past five or so years. That said, we believe there is plenty of opportunity that lies ahead both in terms of developing innovative new gameplay mechanics and continuing to expand the user base. Combine that with the built-in popularity and richness of the Warhammer 40,000 universe, and we feel very confident in our competitive position.

AJ: Actually, I think Kelly says it all here--we believe very strongly that the Warhammer 40,000 intellectual property delivers opportunities for unique and innovative gameplay in the MMO space, and the fact that WOW has grown the marketplace can only be a good thing for all of us.

GS: Our next question concerns another Games Workshop IP that's already being used to create a massively multiplayer online game, namely Warhammer Fantasy Role Play for EA Mythic's Warhammer Online. Is there any concern at Games Workshop about creating a massively multiplayer online game that can gather a strong following without cutting into Warhammer Online's audience?

KF: I can't speak for Games Workshop, but based on the data we have seen at THQ, each franchise has its own, distinct following. Of course, 40,000 is the stronger of the two properties--I mean what could be better than a Grim Reaper beheading an Orkish Squiggoth?

AJ: Interesting question. Firstly, EA Mythic is developing an MMO based on the distinct Warhammer Fantasy IP rather than any specific game, such as WFRP. Secondly, Warhammer and Warhammer 40,000 have coexisted as very separate and successful properties for decades. And our plans certainly see that well-established trend continuing forever. At the very basic level, Warhammer is our high-fantasy IP, while Warhammer 40,000 is science fiction--and our customers certainly cope very well with that concept. I have been at Games Workshop for 20 years, and I have never seen arguments about whether Space Marines or Eldar can take to the field of battle against Orc Boar Boys or Dwarf Trollslayers. It really is that simple.

GS: Aside from the intriguing news about a Warhammer 40,000 massively multiplayer online game, the news also begs the question about other titles, such as the successful Dawn of War strategy games. Can either THQ or Games Workshop share any thoughts on the future of Dawn of War as a continuing franchise or perhaps other projects that the two companies would be collaborating on in the near future?

KF: We are thrilled with the success of the Dawn of War franchise, and while we have nothing specific to announce at this time, we look forward to building on that franchise in the future. You can also look forward to more announcements from THQ and Games Workshop on other projects beyond our RTS and MMO plans.

AJ: To start with, I cannot say too much about how cool it is for all of us here at Games Workshop to hear Dawn of War described as a franchise! We of course defer to THQ in terms of its announcements and plans for games based on Warhammer 40,000. But the fact we have just signed a long-term deal for all platforms, all territories, all genres might just hint at a bright and glorious future for Warhammer 40,000 computer games.

GS: Finally, is there anything else either company would like to add in regard to this news?

KF: We are very excited to be expanding upon our agreement with Games Workshop; it has been a tremendous partner to date, and the Warhammer 40,000 universe is a treasure trove of content on which to build great games.

AJ: We are delighted with the care, attention to detail, and sheer quality that THQ has applied to the creation of Warhammer 40,000 computer games. THQ has been a great partner for Games Workshop, and this deal cements that partnership for many years to come. 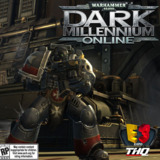 There are 604 comments about this story
Load Comments (604)