THQ delays much of early '08 slate

Destroy All Humans!: Path of the Furon, Frontlines for PS3, and deBlob pushed back beyond March of 2008 as publisher lowers forecasts due to poor Stuntman and Juiced sales.

Amid increasing analyst speculation that the company would miss its financial forecast, THQ today revised its projections for its fiscal year 2008 (which ends March 31, 2008). The revisions came as a result of underperforming sales of Stuntman: Ignition and Juiced 2: Hot Import Nights, combined with newly announced delays for much of its early 2008 product lineup.

Originally planned for release by the end of March, Destroy All Humans!: Path of the Furon for the Xbox 360 and PlayStation 3 has been bumped sometime into the publisher's fiscal 2009 (April 1, 2008 to March 31, 2009). The Wii and DS game de Blob has also been moved back to fiscal 2009, along with the PS3 edition of Kaos Studios' Frontlines: Fuel of War. The Xbox 360 and PC versions of the game were not included in the delay and have been previously announced as launching in January 2008.

"We are disappointed that our latest editions of Juiced and Stuntman did not perform to expectations," THQ CEO and president Brian Farrell explained in a statement. "Because of THQ's commitment to delivering quality products, we have moved the PS3 and Xbox 360 versions of Destroy All Humans!, and the PS3 version of Frontlines into fiscal 2009. We believe the additional time will enable us to create the best products for our customers."

Previously, THQ expected to rake in full-year revenue between $1.12 billion and $1.15 billion, with $240 million in sales for the quarter ended September 30. Given the poor sales and delays, the company revised those estimates to $1.06 billion for the full year and $229 million for the recently concluded quarter.

The revised projections apparently came as little surprise to investors, as THQ shares were up slightly in after hours trading. Indeed, the revision comes right after several major analysts warned the publisher would be lowering its guidance. However, many of those same analysts still recommend the stock.

"Despite the lower estimates, we remain confident about the company's long-term prospects," said Wedbush Morgan Securities analyst Michael Pachter in a statement sent out at the start of the weekend. "THQ has a strong lineup of games next year, and we believe that the company has the potential to grow in line with the industry in fiscal '09, after losing some market share in fiscal '08." 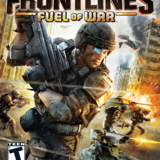