THQ will be dead in six months, according to Grand Theft Auto publisher Take-Two's CEO, Strauss Zelnick. Speaking at the MIT Business in Gaming conference today (as reported by Joystiq), Zelnick said the Saints Row publisher's reliance on licensed properties is doing it in.

"THQ's strategy was licensed properties, first and foremost. License stuff from other people, whether it's UFC or WWE or a motion picture property, and make a game around that," Zelnick said. "And our approach, since we took over the company, is 100 percent owned intellectual property."

"[THQ's] strategy didn't work and the execution was bad," he added. "To put it another way: the food was no good and the portions were small. THQ won't be around in six months."

According to Zelnick, a key distinction between THQ and Take-Two is that of quality.

"Take-Two has the highest quality ratings among third-party publishers, according to Metacritic and most people in the industry. Quality really, really, really matters. THQ has had some good game[s], but their quality levels aren't even remotely…the quality hasn't measured up."

[UPDATE] A THQ representative told GameSpot, "Obviously, Mr. Zelnick's perception of THQ is outdated and inaccurate. His comments are irresponsible and false. Perhaps he would be better off commenting on his own business."

Last year, THQ noted that it was stepping away from children's titles and movie tie-ins, a move it continued to press earlier this year at the cost of hundreds of jobs. 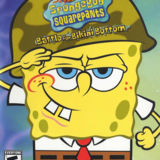