[UPDATE] Final Midway developer scooped up by WWE and UFC publisher; deal does not include TNA Impact! license; UK, French offices bought for €1 ($1.42)

Midway's ludicrously low 2008 price was further underlined last week, less than a month after most of its assets were sold to Warner Bros. for $49 million. According to a filing with the Securities and Exchange Commission, Midway's San Diego studio, developer of TNA Impact! Wrestling, was bought for $200,000 by THQ, publisher of the WWE wrestling and UFC mixed martial arts games.

Unsurprisingly, the deal did not include the license for TNA, a WWE competitor. However, 40 Midway San Diego employees were offered jobs by THQ, which will also pay vacation time to those who stayed on after the studio was given 60 days' notice it was being shut down in July. Along with other, unspecified "assumed liabilities under assumed contracts," the employment costs will be in addition to the $200,000 purchase sum.

Midway San Diego's purchase means that Midway has all but ceased to exist. Wheelman developer Midway Newcastle was closed last month, shortly before all 60 employees at the company's Chicago headquarters were told they would be laid off. Midway's Seattle and Chicago studios were bought outright by Warner Bros., which retained most of their employees. Currently, the latter studio is hard at work on the next Mortal Kombat game, which will reportedly return the franchise to its M-rated, ultraviolent roots after the T-for-Teen rated Mortal Kombat vs. DC Universe (see below).

[UPDATE] The same SEC filing also featured details of the buyout of Midway's European offices. German subsidiary Midway Games GmbH was sold to the firm F+F Publishing GmbH for just €1 ($1.42). The company's French and UK offices, Midway Games SAS and Midway Games Limited, went for even cheaper, with German enterprise company Spiess Media Holding UG scooping up the pair for €1 ($1.42)--or €0.50 ($0.71) each. Those prices may be deceptive, however, since the purchasers will also have to settle any outstanding obligations the companies have. 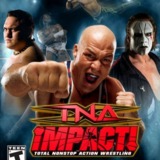