THQ has announced plans to acquire Phoenix-based game developer Rainbow Studios, the company that created Motocross Madness for the PC, ATV Offroad Fury for the Sony PlayStation 2, and Tiger Woods PGA Tour 2000 for the PC. Rainbow has also worked on a number of television and game animation projects.

"For the past 15 years, the team at Rainbow Studios has consistently delivered the best in interactive entertainment through every technology wave," said THQ president and CEO Brian Farrell. "This acquisition helps position THQ at the leading edge of content creation with unparalleled internal development talent." 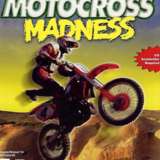