The Farm 51's upcoming shooter Get Even supports virtual reality tech as a means to accelerate immersion.

Get Even, the upcoming Xbox One/PlayStation 4/PC shooter from Painkiller developer The Farm 51, will support Oculus Rift AND Sony's Project Morpheus. The studio announced the news today and released a special "Making Of" video to show off the game's implementation of virtual reality devices.

The Farm 51, a Polish independent studio, also today launched a Steam Greenlight campaign for Get Even. You can vote for the game here.

"At The Farm 51, we think of a video game world as an alternate reality, not that of an interactive movie. The exciting developments in virtual reality provide a huge benefit to a game aimed to be as immersive as ours," The Farm 51 CEO Wojtek Pazdur said.

"Get Even has the potential to support the VR concept like no other title," he added. This is why we want to be a part of this new revolution and is why Get Even can be a landmark title in its use.”

The "Making Of" video below shows The Farm 51 developers experimenting with Oculus Rift, but nowhere in the video do we see a Project Morpheus development kit.

The Farm 51 says Get Even's VR integration allows the game to "further break new ground" in blurring the lines between multiplayer and single-player. The developer asks, "What would happen if you could travel between different virtual realities, starting outside the game using a device like Oculus VR or Project Morpheus before going deeper and deeper inside the game using similar in-game gadgets?"

Story designer Przemyslaw Pomorski said the studio's overarching ambition for Get Even is to make a game that frightens you, and using VR will help accelerate this vision, he said.

"We want to relate to real fears and real situations and transform them in a fantasy form," he said. "Our key goal, however, is to make the game reflect what frightens us most in our daily life."

Neither Oculus nor Sony are ready to announce release dates for the Rift and Project Morpheus respectively, but Pazdur said he expects the VR revolution to begin sometime in 2015. "We are now working hard to implement VR devices into our gameplay," he said.

For more on Get Even, check out GameSpot's previous coverage. 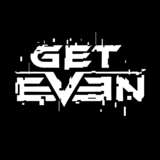