This Week on the App Store: Air Mail, Total War Battles, Sing Something

We get airborne with Air Mail, send our troops into battle with Total War Battles: Shogun, and wonder what the hell the developer was thinking with Sing Something.

This Week on the App Store is a weekly look at some of the best and worst mobile games to hit the iOS App Store. This week, we get airborne with Air Mail, send our troops into battle with Total War Battles: Shogun, and wonder what the hell the developer was thinking with Sing Something.

Sometimes, the mere thought of a flying game on iOS is enough to turn you off the App Store forever. There are the gyroscope-powered motion controls that never quite work like they're supposed to, the lack of a decent campaign, and graphics that would have looked dated in the '90s, never mind the new millennium.

But Air Mail suffers from none of those things. It is as fine a flying game as you'll ever play on the App Store, wrapped up in some seriously sexy visuals. OK, so it's not a simulator. But the arcade-style flying action is a lot of fun, taking you on missions that have you deftly flying through hoops in the sky, putting out fires, and scaring away pesky pigeons. Think Nintendo's Pilot Wings, and you're on the right track.

There's a full narrative to see you through the action and seven beautifully detailed 3D environments to explore. Hell, even the gyroscope-powered controls work smoothly, though, there's an option to use onscreen virtual buttons if you prefer. iPhone 4 and new iPad users get retina display support too. Air Mail is available on the App Store now for £2.99 ($4.99).

The Total War series has long been a great of the real-time-strategy world. Now, the folks over at developer Creative Assembly have turned their hand to iOS development, creating the surprisingly accessible Total War Battles: Shogun.

As the name suggests, the setting is medieval Japan, or--more specifically--the medieval Japan of Shogun 2. A story-driven campaign takes you through each mission, which takes place on a hexagonal grid. You recruit troops such as samurai, archers, and ninjas; build and manage bases; and collect XP to spend on upgrades for future battles.

Your troops abide by the "Bushido" code of conduct, though; that is, they can't turn back once you move them forward. This adds a unique twist that--despite the smaller maps--makes each battle a tense and action-packed affair. The visuals are great too, despite their simplicity, and run smoothly.

There are some ideas that--no matter how much a work of genius they seem to be--are best left alone. Case in point, Sing Something. It apes (blatantly rips off) the hugely successful Draw Something formula but swaps the drawing for singing. You pick from hundreds of songs, sing into the phone, and your friend has to guess what it is.

Now, that might sound good, but in practice it simply doesn't work. For starters, part of the charm of Draw Something is that you can play it anywhere. Anytime you get a reply from one of your friends it's easy to fire off another drawing or check out what they've done. Not so with Sing Something. Well, unless you have no shame.

Besides which, it takes much longer to send and receive replies because you have to send audio files rather than simple drawings--again taking away from the spontaneity of the game. Even if you can put up with public singing and delays, let's face it: a bad drawing is one thing, but bad singing is enough to drive a person round the bend.

If you stick with it long enough, you can earn coins to buy access to more songs, remove in-game ads (yay), or buy bombs to shuffle songs around. But it's really not worth the effort, particularly since the game is prone to crashing at every opportunity. I'd suggest spending your time down at a karaoke bar with a few friends instead--at least that way you've got beer to shield your ears.

Sing Something is available now on the App Store for free. 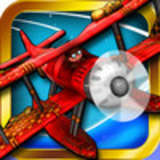