Buy This War of Mine, help support victims of the war in Ukraine.

After weeks of escalating tensions, the Russian invasion of neighboring Ukraine has begun. In response, the developer of the anti-war indie game This War of Mine will be donating profits to the Ukrainian Red Cross to help Ukrainian civilians caught in the crossfire.

11 bit studios, developer of both This War of Mine and Frostpunk, announced on Twitter that it stands against the Russian invasion, but that words were not enough without "a meaningful act." That's why the studio will be directing all profits from sales of This War of Mine over the next week to the Ukrainian Red Cross to "directly support victims of the war in Ukraine."

"Let this message resonate with everything you know about this war and how war kills people, devasates their lives and homes," 11 bit studios' statement reads. "Let us--players and developers together--do everything we can to support victims of the war in Ukraine."

11 bit studios is based in Poland, which borders Ukraine. This War of Mine first released in 2014, and garnered critical acclaim for its unflinching look at the civilian cost of war. It's currently available on all major platforms, including the Epic Games Store, Xbox, PlayStation, Nintendo Switch, Android, and iOS. The game is currently $5 on Steam. GOG, also based in Poland, announced it was supporting the studio by donating all of its own profits from the game's sales and DLC to the same charity.

Other developers have begun to speak up as well, including Ukraine-based STALKER 2 developer GSC Game World, which has called on players and the gaming industry at large to support Ukraine's armed forces in their struggle. 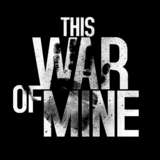