This Stunning Akira Box Set Is Over $80 Off At Amazon

This is a true collector's item.

Akira is one of the all-time classic anime movies, but it's the manga that first told Kaneda's story. The manga saw an English release in 1992, 10 years after its original Japanese release. However, if you still haven't read it, there's no time more appropriate than now. The entire series, compiled in the Akira 35th Anniversary Box Set, is currently discounted by more than $80 USD on Amazon. Right now, you can snag the collection for just under $120. 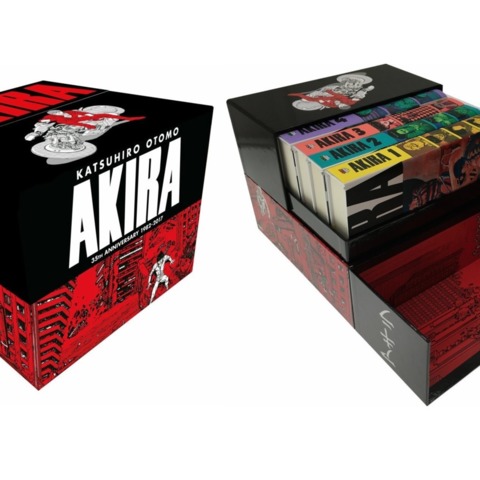 The Akira hardcover box set is over 40% off at Amazon with free Prime shipping.

While the original English release was in 1992, the 35th Anniversary Box Set is the first time English readers are able to see the original Japanese art and right-to-left reading format in their native language. It includes all six volumes, the Akira Club art book, and an exclusive patch. The best part: they're all hardcovers.

In related news, Thor: Ragnarok director Taika Waititi was signed on to direct a live-action Akira movie. However, that film has been delayed due to "development concerns," and Waititi may no longer be involved with the film; instead, he'll direct the Ragnarok follow-up, Thor: Love and Thunder.