This Samsung Monitor Can Do It All, And It's On Sale Today Only

The Samsung AM500 is the combination of modern monitor technology and smart TV functionality, and it's on sale today at Best Buy.

Far too often monitors feature the same technology of traditional TVs but lack many of their most utilized features. That's especially true if you've grown accustomed to having all of your displays be smart ones, with apps for streaming, web browsing, and more. The Samsung AM500 27-inch monitor is one of the company's attempts to bridge that gap, offering a traditional 1080p monitor with the smart functionality of its TV line. It's on sale today only, too, with Best Buy offering the monitor at a discounted price of $190. 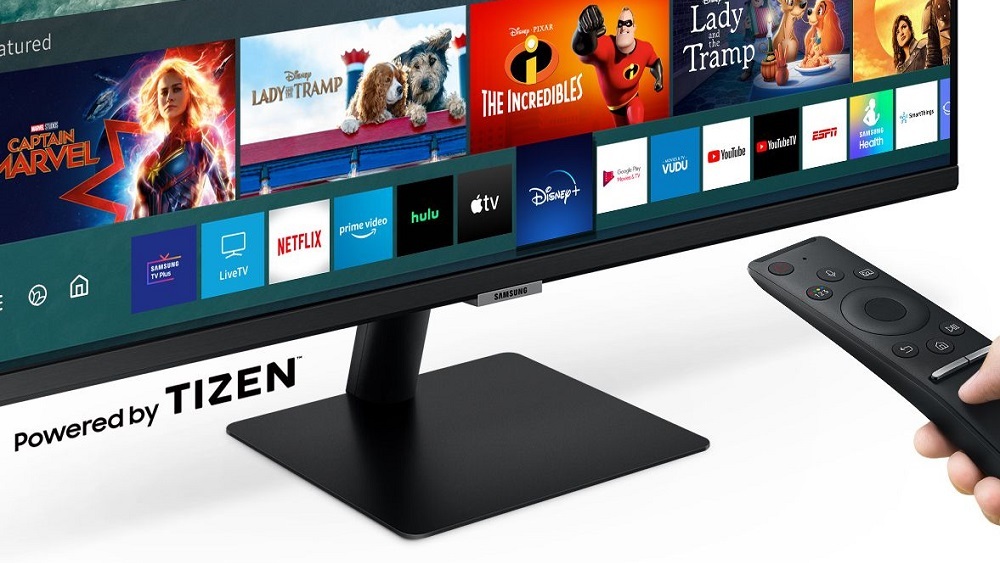 The Samsung AM500 isn't going to win awards for being the best in terms of resolution or refresh rate, but it hits all the expected marks of a modern display. You get a 1080p, VA panel at 60Hz, ensuring deep black levels that will do wonders for media consumption. That will come in handy with the monitor's built-in apps, featuring Netflix, Amazon Prime Video, HBO Max, and more. It's all powered by Samsung's Tizen OS, which has been driving many of its TVs for years now.

The monitor also features support for Samsung Dex, which lets you turn your Samsung smartphone into a portable computer by hooking up with the much larger display. In terms of I/O you'll get two HDMI ports (one of which features ARC support, if you want to route audio) and two USB ports for charging devices. The monitor lacks any height adjustment support but does feature significant tilt range that will let you get the angle just right.

This is just one of the deals Best Buy is running today, too. You can also save on a SanDisk Extreme Portable 1TB NVMe SSD, which is discounted to $150, as well as an assortment of Nintendo Switch titles including Super Mario Odyssey and Fire Emblem: Three Houses.