Game developer Cryptozoic announced an official Ghostbusters board game earlier today. The crowd-funded project is running right now on Kickstarter, and it will feature "ghosts from the movies, cartoons, comics, and toylines."

Campaigns for the miniatures-focused game will take between 30 minutes and 2 hours, depending on the difficulty selected. And the game's figures design comes from IDW Ghostbusters' comics illustrator Dan Schoening. But the game is still an officially licensed project, so you'll take on the familiar roles of Egon Spengler, Ray Stantz, Peter Venkman, and Winston Zeddemore, fight Slimer and the Stay Puft Marshmallow Man, and ride around in the iconic Ecto-1.

The Ghostbusters Kickstarter runs until March 11, but given the current funding amount, it looks like they're on track to hit the $250,000 goal way before that.

The early bird discount pledges are already sold out, and the "retailer pledge" level, which includes six copies of the game, is only for verified game sellers.

The Ghostbusters board game is expected to ship this October, but Cryptozoic adds the caveat: "Please keep in mind that this is a projected date. As an experienced board game company, we at Cryptozoic know that unexpected delays can occur during the production and shipping of a game. ... In the highly unlikely event that we are not able to deliver the game for some unforeseeable, calamitous reason, we will refund all pledges."

Personally, I've already backed the game, and I'm curious to see what kind of stretch goals the developer puts together. But hopefully one option down includes the line is the glow-in-the-dark Slimer boss (which is currently just a retailer pledge exclusive) as an add-on for everyone. 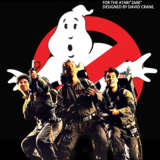