If a Ghostbusters: Afterlife sequel happens, what's next for Phoebe, Podcast, and the rest of the gang?

Ghostbusters: Afterlife is in theaters now and the cast and crew behind it are certainly hoping they get to make another one. After all, one of the post-credits scenes in the new film hints at what's to come. For more about that, make sure to check out our ending explainer.

Warning: The following contains spoilers for the end of Ghostbusters: Afterlife.

How likely is a sequel, though? Well, according to co-writer Gil Kenan, there's already been some talk about continuing the franchise.

"We have lots of ideas about how this story can develop," he told GameSpot. "We are so excited by Trevor, Phoebe, Lucky, and Podcast. We feel like we really know their characters, and we've seen audiences start to fall in love with them. There are lots of surprising ways that the future and the past can grow together, side-by-side and separately. And we've had long conversations about how that can happen. But we're totally excited by the fact that by the end of Ghostbusters: Afterlife, audiences are invested in a new set of characters as worthy companions to the pantheon of ghostbusting."

Of course, there is the issue of Phoebe (McKenna Grace) and the gang still being children. While Kenan makes it clear that he and co-writer and director Jason Reitman envision the younger cast being heavily featured in the future of the franchise, how will that work? At the very least, the cast wants to find out.

"I'd love to see what [Phoebe is] doing," Grace said. "And it's crazy because if we did decide to do another film--if we were greenlit for that--I would be 16 by the time we shot. Theoretically, if I'm correct, because it would probably shoot like a year from now if we did. Make Phoebe go to prom or something. I can't imagine her being a teenager. I'd love to see that, but I have no idea."

Added Celeste O'Connor (Lucky), "This group of friends have this wild experience together that you can't really explain to other people and so I think they're bonded and connected in that way. And I think that because [Lucky has] lived in this small town her whole life, when she finds the adventure she's looking for I think she'll keep wanting adventure. Hopefully, she'll get it."

Don't expect Podcast to change much, though. Logan Kim has a clear idea of how he sees his character evolving in future films. "He really wants to continue his podcast, so he'll continue his natural lifestyle but with a little ghostbusting twist, I think," the actor said. 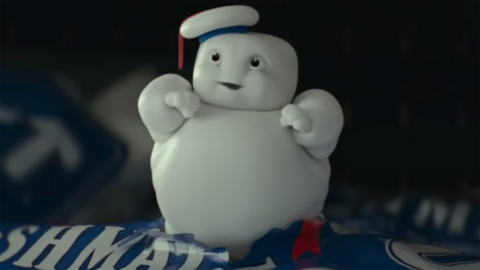 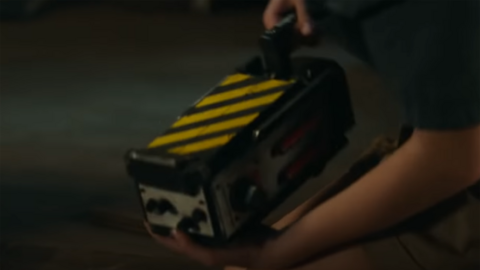 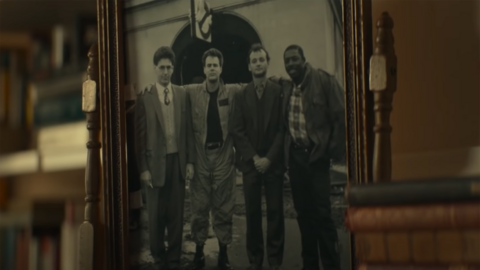 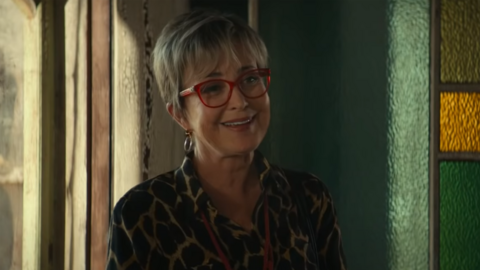 Whatever the case, this could be the beginning of a new set of films for the Ghostbusters franchise. Hopefully, we'll eventually find out what happens next.

Ghostbusters: Afterlife is in theaters now.