CD Projekt Red's action role-playing game arriving on Microsoft's console nearly a year after it first shipped for the PC.

The original Witcher was announced for consoles, but it was never released. The same fate won't befall its sequel, as Warner Bros. Interactive Entertainment today announced that The Witcher 2: Assassins of Kings will hit the Xbox 360 on April 17.

Announced over the summer with a release date pegged for the end of 2011, the action role-playing game was later delayed, before Warner Bros. scooped up publishing rights in October. The Witcher 2 for the PC won a strong critical reception upon its release in May and has sold over 1,000,000 units in its lifetime.

According to CD Projekt Red, The Witcher 2 for the Xbox 360 will come at "no quality compromise" compared to the PC version. Additionally, the developer said players can expect "the same experiences" on consoles as with the computer game.

The Witcher 2 is a direct sequel to CD Projekt's original and picks back up with professional monster-slayer Geralt following a failed assassination of Temerian royalty. Geralt then sets out on a quest to track down the king's attempted killers while continuing to pursue those responsible for murdering other witchers. The PC edition received a 2.0 update in September, adding an Arena mode, extended tutorials, a harder difficulty setting, and various other updates, all of which will be included in the Xbox 360 version.

For more on The Witcher 2: Assassins of Kings, check out GameSpot's review of the PC version. 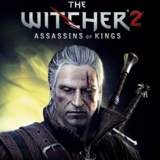