Rockstar talks us through some of the varied fighting styles employed by The Warriors' central characters.

When it was released for the PlayStation 2 and the Xbox toward the end of 2005, The Warriors did an admirable job of adapting and adding to the '70s movie of the same name. While The Warriors was an arcade-style brawler at heart, the game also featured a number of enjoyable minigames that let you steal car stereos, mug unsuspecting members of the public, and tag prime graffiti spots. A number of the movie's central characters are playable in the game, and so with the release of the PlayStation Portable version of the game imminent, Rockstar Toronto offers some information on the characters and the various fighting styles they use to defend themselves.

Cleon
Warlord and head honcho of the Warriors, Cleon is a master of the retro kung fu "whup your butt" school of brawling. You could easily cite Bruce Lee as an influence, since Cleon combines fluid roundhouse kicks with bone-crunching flying fists of fury. Enemies lying on the ground should beware because Cleon is known to unleash a devastating jump attack in which he slams his legs into the back of an enemy's neck and twists his body to inflict a fatal neck break. Ouch!

Swan
Second in command and war chief of the Warriors, Swan is a man of few words who lets his fighting prowess speak for itself. Swan is calculating and cold and combines scrappy street brawling with an elegant but visceral boxing style of fighting. His power move of choice is a double-fisted attack in which he bends over his foe with a pile driver to the stomach and sends him careening through the air with a cross shot to the face. Believe it, you would want this guy to have your back in a rumble.

Snow
Tall and angular, Snow is a born fighter who can hang with the heaviest of brawlers. He uses his long frame to crack heads with angled foot stomps and deadly tai chi elbow attacks.

Ajax
The cocky muscle of the crew, Ajax is a fearless and extremely deadly fighter. He is often found practicing his jabs on the hanging hand rails in subway trains and lives to provide a good beating. Packing a punch that could halt a charging bull, Ajax is the quintessential street brawler. His finishing move involves three hard punches to the face of a mounted opponent and the devastating triple face stomp.

Cochise
Cochise is a real live soldier and is deadly when his back is against the wall. He was born in Harlem before relocating to the Bronx to join up with the Warriors, but he still maintains a pretty fly fighting style. He combines judo chops and angled kicks and can easily handle himself in a sticky situation. His finishing move involves a nasty back breaker and a judo smack to the face.

Rembrandt
The newest member of the Warriors, Rembrandt is an extremely talented graffiti artist who gets the Warriors name up on every wall possible. He's not the strongest fighter, but he makes good use of his environment and his supply of spray paint to take his enemies down. With one finishing move he gives a quick kick to the groin and a couple of sprays to the face of an enemy, adding insult to injury. 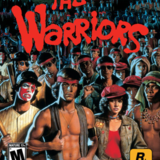