Who will survive and what will be left of them?

The Texas Chain Saw Massacre is being turned into a game. That much we already knew. But what we didn't know until today were things like what it would look like or how much it would pull from the various movies it's based on. Though you may have caught the game's new trailer on the virtual stage on the second day of the Xbox & Bethesda Games Showcase today, this extended red-band edition of the trailer gives us a better look at how the game may strive for authenticity with regard to its source material--and yeah, by that we mean it's going to be gory.

See it for yourself in this special longer trailer with fewer punches pulled than what was safe to show at Microsoft's showcase.

The Texas Chain Saw Massacre (TCM) comes from Gun Interactive and Sumo Nottingham. Gun also worked on Friday The 13th: The Game with Illfonic (who, mind you, is now making another asymmetrical multiplayer game based on a movie). The trailer shows some of the game's maps, the iconic Leatherface, and some survivors--or "survivors," since they may quickly outgrow that word. "Victims" may be more their style.

Though there's no release date yet, we do have a release year: The Texas Chain Saw Massacre will launch onto PC, Xbox Series X|S, Xbox One, PS5, and PS4 in 2023. It will also launch directly into Xbox Game Pass. 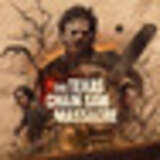