The Beginner's Guide will launch for PC and Mac on October 1.

Davey Wreden, creator of acclaimed indie game The Stanley Parable, has announced a new first-person narrative game titled The Beginner's Guide. It is described as a game with "no traditional mechanics, no goals or objectives. Instead, it tells the story of a person struggling to deal with something they do not understand."

Wreden has launched a teaser website for the game, which will be released on October 1 for PC and Mac for $10. For the first week after release it will be discounted by 20 percent.

Wreden's previous game The Stanley Parable was first released in 2011 as a mod built using the Source engine. It was re-released as a standalone game in 2013, and was met with very positive reception in GameSpot's review. It scored a nine out of ten, with reviewer Carolyn Petit praising the game's witty writing and ability to respond to the player's choices. The Stanley Parable has since expanded it's influence to other games, with a narrator announcer pack also available to purchase for Valve's Dota 2.

Check out some screenshots from the game below. 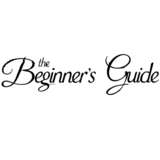